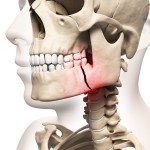 Since the introduction of open reduction and internal fixation the management of facial fractures has changed dramatically. However many uncertainties remain and the importance of the time from injury treatment is one area of dispute.  The aim of this review was to examine the effects of treatment delay on outcomes in the management of facial fractures.

A search was conducted in PubMed for English language articles published since 1979. All study designs with data relevant to the effects of timing of treatment on outcomes of any type; in the treatment of fractures of the facial skeleton in humans by widely accepted treatment methods were considered.  Risk of bias assessment was not undertaken.

With the current body of evidence, definitive conclusions cannot be drawn on the timing of treatment for facial fractures.

Only a single database was searched and only English language article were included so it is likely that some relevant studies would not have been included in this review.  As noted by the reviewers the vast majority of the included studies were of a retrospective case series design, which has a high potential for bias. Furthermore a marked variation in the quantification of the time delay was noted in the included studies.  There was also variation in both the outcome variables assessed and confounding variable recorded.  The previous systematic review by Hermund et al, which was discussed in this review concluded:-

there is presently no strong evidence for either acute or delayed treatment of mandibular fractures in order to minimize healing complications; new studies including a substantial number of cases treated on an acute basis are very much needed.