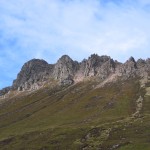 Dental implants are now a common treatment and show good survival rates. Placement of implants, however, requires sufficient bone in which to place the implant. Often horizontal and vertical alveolar bone loss takes place and wide range of bone augmentation procedures have been described.

The aim of this review was to evaluate the effectiveness of the interventions aimed for lateral ridge augmentation, either simultaneously with implant placement or as a staged procedure.

Searches were conducted in PubMed and Central databases supplemented by a hand search of relevant journals for 2004-14. Randomised controlled clinical trials (RCTs), controlled clinical trials (CCTs), and prospective case series with a minimum sample size of 10 patients and a minimum follow-up time of 6 months were considered. Two reviewers independently screened studies and assessed risk of bias. 3 reviewers independently abstracted data. The Cochrane risk of bias tools was used for RCTs and CCTs and the Newcastle-Ottawa scale for cohort studies and a modification of the scale for cross-sectional studies.

The primary outcomes were the changes between baseline and reentry in the dimension of the peri-implant defect (width and height) in the simultaneous approach and the horizontal dimension of the ridge in  the staged approach. Data on the primary and secondary outcomes were pooled and described with weighted mean differences (WMDs) and 95% confidence intervals (CIs). For comparing the changes in peri-implant defect and ridge dimension between baseline and reentry visits, all study designs were included, considering each arm of RCTs or CCTs as an independent study.

The results from this systematic review and meta-analysis showed that lateral ridge augmentation procedures are effective in treating deficient alveolar ridges prior or simultaneously to the placement of dental implants.

While 40 studies were included in this review only 17 were randomised controlled trials  and as the authors point out the results from the case-control studies had superior result. This is to be anticipated as these types of study are more prone to bias. A number of meta-analyses were conducted  that included all studies and relevant subsets.  The level of heterogeneity in the analysis is very high, which is likely to be due to the wide range of clinical procedures  measurement approaches  and healing times  in the included studies. In view of the small number of studies available for some of the alveolar ridge augmentation techniques  the findings of the review need to be interpreted with caution.