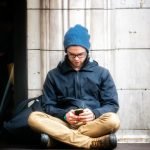 By 2020 it is estimated that there will be 6.1 Billion smartphone users globally, equating to 70% of the worlds’ population owning a mobile device (Mobility Report, 2015). Mobile Health (MHealth) is therefore a technology with a huge potential to reach individuals at a population level.

The use of mobile devices for health encourages behaviour change related to public health, whilst breaking down barriers of accessibility and availability. The scope for use of MHealth includes tracking disease, treating individuals, providing education and intervention and conducting research (World Health Organisation, 2016).

In recent years several mobile apps have been developed as MHealth interventions to help individuals reduce their drinking. However, whilst MHealth interventions have demonstrated efficacy in other areas of behaviour change e.g. sexual health (Levine et al., 2008), smoking cessation (Rogers et al., 2005), weight management (Patrick et al., 2009). Few studies have evaluated mobile technology interventions for alcohol use. A recent review reveals that little is known about the content or mechanisms underlying MHealth apps for reducing alcohol use (Crane et al., 2015). Additionally, it is noted that few of these apps make reference to evidence or use theory.

With smartphone use rapidly growing in young people, the impact of traditional preventative strategies aimed at reducing alcohol and drug use in young people is modest (Tanner-Smith et al., 2015), so MHealth interventions represent a promising and engaging method for reducing alcohol use in young adults. The present study therefore (Carra et al., 2016) aimed to assess the impact of a MHealth app for reducing binge drinking in young adults aged 18-24. 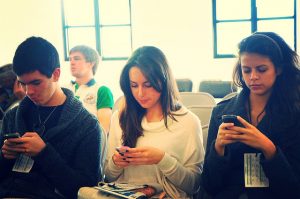 MHealth is a technology with a huge potential to reach individuals at a population level.

The study used a naturalistic experimental design, achieved by examining variation in exposure to determine the impact of a MHealth intervention. Binge drinking was assessed at pre-/post-intervention in a repeated-measures design.

Participants were recruited in areas with a high density of pubs, clubs and bars in the Greater Milan area. A single screening question was used to determine a “clinically severe population” who had a history of binging on alcohol once in the past 6 months.

Sample size was determined using a power calculation which found that 589 participants were required to detect a 5% difference in binge drinking between pre- and post-intervention.

The app uses a personalised risk communication, such that risk factors that contribute the most to an individual are shown. The D-ARIANNA is free and available on the Google Play and ITunes app stores.

Difference in binge drinking rates at baseline and 2 week follow-up after self-administration of the D-ARIANNA.

Data were analysed using a Generalised Estimating Equation (GEE) to examine the 2 week study period. A logistical GEE regression model was used for the binary outcome of “Did you binge drink in the past two weeks?” (Y/N). Risk and protective factors identified in the risk estimation model were also included in the regression, with a stepwise procedure.

Not at random analyses were divided into three assumptions:

Analysis of how estimates would change under each of these parameters were performed. 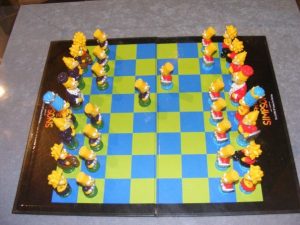 This naturalistic experimental study did not include a control group. Find out why it’s important for treatments to be compared fairly.

Participants who dropped out of the study were more likely to have a background of immigration and less likely to live with their parents.

A naturalistic experiment of an MHealth intervention for risk alertness revealed a beneficial impact of the mobile app in reducing the rate of binge drinking in a population of young adults. 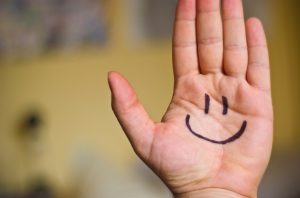 After using the D-ARIANNA app for 2 weeks, young people showed a reduction in binge drinking from baseline to follow-up, but are these results reliable?

The above mentioned findings should be interpreted in light of the following methodological limitations:

The present study reports preliminary data in support of a MHealth app for reducing binge drinking in young adults. The paper has some significant methodological flaws which limit the interpretation and application of these findings.

Whilst MHealth apps represent a remote, low cost intervention for reducing drinking in young people, more research is required to establish the benefit of such apps against a control intervention, and across different types of drinking behaviour beyond binge drinking. 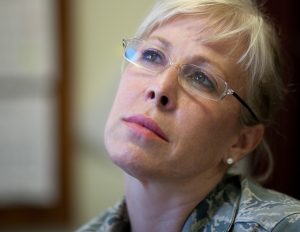 MHealth apps need to be tested robustly before they can be proven to be safe and effective.