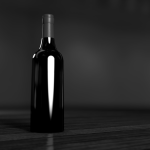 The prevalence of hazardous and harmful alcohol use in the UK is estimated at approximately 7.6 million people, and for dependent patients relapse is the norm rather than the exception.

Cognitive bias modification (CBM) is a treatment increasingly used for substance use disorders (and other ills such as depression and anxiety). The idea is based on dual-process models of behaviour which posit that two types of information processing systems contribute to the development and maintenance of substance use (and other) disorders:

It is suggested that the first system is driven by cognitive biases, specifically attentional bias (the tendency for alcohol-related cues, say, to grab attention) and approach bias (automatic behavioural approach towards alcohol-related cues), both of which have previously been shown to be associated with various substance-use measures (Field & Cox, 2008; Wiers et al, 2011).

CBM attempts to alter these biases by training individuals’ attention and behaviour away from substance-related cues, either by setting up tasks so that they must look away from such cues to perform the task well (attentional retraining) or else physically push such cues away from themselves, typically using a joystick or similar device (avoidance training). Studies suggest that retraining these biases can have positive effects such as reduced relapse rates and an improved likelihood of successful treatment completion in alcohol-dependent patients (although there remains a good deal of controversy in this area, see this recent meta-analysis, which we’ll be covering next month on the Mental Elf).

Given recent evidence suggesting a pivotal time of neural recovery relevant to the aforementioned systems (and their resulting biases) from substance abuse happens in the early detoxification stage, Manning et al. (2016) decided to investigate CBM on alcohol-dependent inpatients undergoing detoxification. They aimed to alter approach biases and assess whether CBM increased abstinence rates two weeks post-discharge, as well as time to relapse, drinking frequency and quantity, and craving. Importantly, the authors pre-registered their hypotheses. 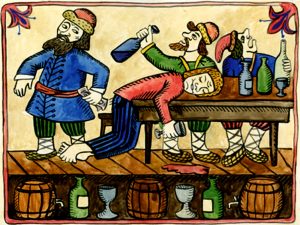 Harmful alcohol use remains prevalent in the UK and relapse for addicted patients is common.

Eighty-three alcohol-dependent inpatients were recruited from two residential detoxification facilities, both offering a 7-day withdrawal management programme and anti-craving medication during and after the programme. All participants had at least weekly alcohol use in the past month and met the DSM-5 criteria for alcohol use disorder (AUD). The study was a two-group, parallel-block randomised controlled trial, with participants receiving either four sessions of CBM or sham training given on consecutive days. Four sessions were given due to previous work showing this to be sufficient for altering approach biases, while also being feasibly administered in a week-long inpatient programme.

A typical irrelevant alcohol approach-avoidance task was used. In the active CBM group, participants were exposed to 50 alcoholic and 50 non-alcoholic beverage pictures (juice, milk etc.), always pushing away (avoiding) alcohol beverages and pulling non-alcoholic beverages (approaching). The sham control group were exposed to non-alcoholic cues across both cue categories (kitchenware vs stationary) as it was deemed clinically contraindicated to have them approach alcohol cues, given their vulnerable state during withdrawal. Two weeks after participants were discharged, a telephone follow-up interview was conducted by a researcher to assess abstinence from alcohol.

No secondary outcome measures – craving, mean drinking days, mean drinks per drinking day, task performance and (in those who did) time to relapse – were affected by the type of training administered. 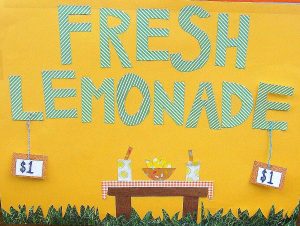 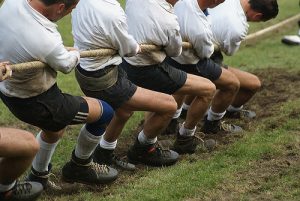 The study suffers from a relatively small sample size and perhaps insufficient power.

CBM training increased alcohol abstinence rates in the first 2 weeks following residential alcohol detoxification (69% [CBM group] vs. 47% [control group]), although this effect did not reach significance [via analyses] which included participants completing any number of sessions. However, among participants who completed [all] sessions, significantly higher rates of abstinence were reported (75 vs. 45%).

In other words, CBM training seemed to be effective in promoting abstinence in those who completed all training sessions, but not when taking into account patients who did not. This could be explained either via a dose-dependent effect of training, or by the possibility that those who completed all sessions were more motivated to abstain, or both.

Further, given the lack of influence on craving despite increased levels of abstinence, the authors suggest that CBM may work by reducing the motivational salience of alcohol-related cues, thereby reducing their influence on patients’ behaviour.

This is an important first study investigating CBM’s use at a critical point of vulnerability for addicted individuals; further work with larger samples, higher ‘doses’ of CBM and longer follow-ups is needed.