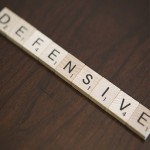 One of the advantages of attending meetings of the Social Work History Network is having the opportunity to think about things that may not be new as they sound. This idle thought occurred to me as I sat reading the article by Whittaker and Harvard about student social workers’ ‘take’ on defensive practice.

The subject of ‘defensive’ practice (in writing about such things there is a huge temptation to put lots of words into quotation marks) is not particularly new but this article reports a study of student views, just as they are getting ready to take up jobs as qualified social workers (presuming of course they pass all assessments and can find a job). What students think matters to us all.

First they provide a view of the work of professionals that is informed by many days in practice, many hours of reading and academic work around practice, and of course, contact with the world in which practice is situated. They come as ‘novices’ who can hold a mirror up to the world they see.

But of course they are students and at this stage of their training they may be anxious and wondering if they will be up to the job. This study acknowledges this status. 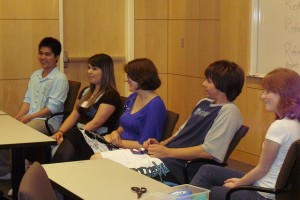 The authors asked their final year students about practice that could be called defensive. You will have to forgive this slightly roundabout way of talking about things because, as the authors found, what people term defensive practice differs greatly.

Before discussing this important finding; in summary the authors asked 90 final year students to take part in one of three group discussions. They were asked to talk about possible defensive practice but, more importantly, use electronic scoring to judge whether a behaviour or action seemed to be defensive practice or not.

The authors illustrate these options and I think it a very useful exercise to try this for oneself. The examples or real life vignettes were built on compilations of practice in children and adult services. 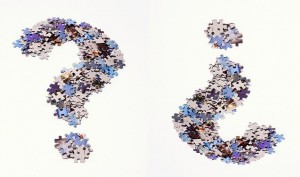 Students were asked to discuss and judge whether an action or behaviour seemed like defensive practice.

Most of the students could discuss elements of and examples of defensive practice that they had witnessed on placement. That’s probably no great surprise and seems to be part of immersion in the professional world.

The researchers thought that these examples could be divided into two types;

In both types of defensive practice there seems to active or passive elements, such as the deliberate avoidance of potential difficulties or not engaging with possible challenges, exemplified by ‘hiding the file’ or ‘avoiding supervision’. As the researchers note, it’s quite difficult to separate out what is ‘defensive’ when to many eyes some behaviours will seem good professional practice, such as including managers in decisions so that responsibility can be shared or making sure differences of opinion are recorded.

Of course talking about defensive practice pushes the ‘fear’ button. Students described their own fears of public shame or blame but interestingly followed this by what seemed to be gales of laughter. The researchers interpreted this as the students’ realisation that this was ‘catastrophising’ and their relief at being able to express anxieties prompted such laughs. They reported ‘practice wisdom’ messages from placements that may be familiar such as ‘covering your back’.

One key finding of this research was that instead of certain examples (here called vignettes) being seen as either more defensive or less defensive, students’ views differed. This seemed particularly so when asked directly if a certain behaviour was ‘defensive practice’. To take one summarised example, a manager tells a social worker that they think the service user is at risk. The social worker records the disagreement. One third (33%) of the 90 students thought this recording was severe defensive practice but 29% didn’t think this was defensive practice at all (and another 20% thought it mildly so).

These polarised views may have different reasons or reasoning, but overall the key point is that opinions of such matters are subjective, even among quite a homogenous group such as students on one course, at one stage of their training, and in one part of England. 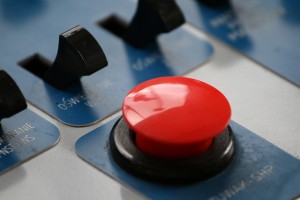 The researchers found that talking about defensive practice in social work pushed the ‘fear’ button.

The study found that there was a general consensus about the nature of defensive practice. Whilst the literature identifies defensive practice as deliberate behaviour, the focus group discussions suggest that it is a subtler and less conscious process. Rather than being a deliberate process, they described it as ‘part of the culture’ of the agency or something they picked up from other practitioners without questioning.

This study makes interesting points that defensive practice is not just organisationally focused (fear of being picked up for mistakes) but can affect service user and family engagement. The authors recommend that professional training takes on board the subtleties of defensive practice. All it seems might be a matter of the more judicious use of inverted commas. 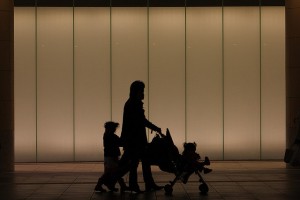