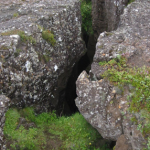 This study, conducted in Finland, is an attempt to quantify the impact of moral distress on social workers.

Moral distress is described as the sense that social workers (in this context) feel when they feel that they are not able to work in a ‘morally appropriate way’ either because of internal or external pressures and obstacles. In a world with increasing pressures and funding challenges, it is particularly apposite for the current climate of English social work practice.

The study explains moral distress and previous studies in a number of disciplines which have specifically looked at this. They look at the context in which the concept arose, often linked to work in the nursing sphere and they break the idea of ‘moral distress’ into two stages. There is the initial distress when one feels, for the first time, that sense that one is not able to ‘do the right thing’.

Then, they describe a ‘reactive distress’ also known as moral residue, which is the continuing sense of disconnect between values and practice.

Of the different stresses social workers and those working in social service departments may feel, related to workloads and stress following from specific incidents, moral distress adds another dimension on the basis that social work should practice in within a defined ethical base.

Some of the decisions we, as social workers make, involve compulsion and the allocation of limited resources. These will have implications. Often, the factors which affect professional decision-making is not an ‘ethical’ one although they are made in the context of values and an ethical base.

Social workers, though, cannot operate in a vacuum without consideration of wider issues beyond the client-professional relationship, for example, resources and the well-being of others. The study describes this as ‘multiple accountabilities’ that exist for social workers, including accountabilities to individual clients, colleagues, employers, the law and society in general. Looking at the social worker as a bureaucrat, there are responsibilities as an agent of the state which move beyond the ethical judgements of an individual social worker.

While the author references studies which have taken place looking at the conflicting ethical choices that social workers may need to make in any given situation, the more common judgements about weighing up conflicting choices are distinguished from dilemmas which result in moral distress because there is a known outcome which would trigger it. 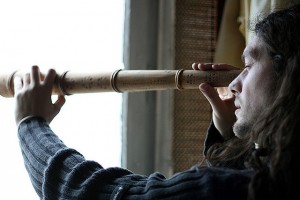 The researchers undertook a survey of social workers in Finland to discover their experiences of moral distress.

The study looks at ways in which ‘moral distress’ is measured, particularly related to work with nurses and uses the Moral Distress Scale (MDS). There was a revised version used for other health professionals, however, the author felt that this was not necessarily useful in interpreting social work responses as some of the factors, such as unsafe staffing levels, would look very differently in a critical care ward than in a social work team. That’s not to say they might not be an impact but it wouldn’t necessarily be highlighted as a moral distress indicator.

While there is significant literature which reflects ‘moral distress’ in nursing literature, it isn’t as present in social work. There were some studies referenced which consider moral contradictions within social work but without specifically looking at the concept of moral distress.

The study itself was carried out between 2011/2012 in Finland. The questionnaire covered the whole of Finland and 60% of local authorities (or their equivalents in Finland) consented to take part in the study.

Respondents were given questionnaires which asked them to respond relating to specific work-related thoughts including, as an example, whether people felt they were able to do their jobs as well as they wanted to and whether they often had to work in ways which conflicted with professional values. 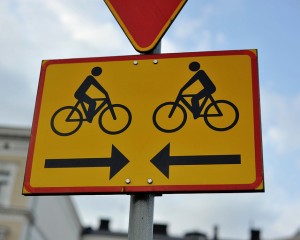 Social workers were asked about whether they felt their practice conflicted with with professional values.

The study looked at the different variables which it had access to around the personal circumstances of the respondents, for example, whether they lived alone or had young children, whether they had other disabilities and their places in the work-based hierarchies.

The author concludes that 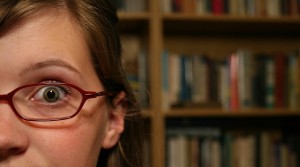 There are a number of limitations with this study. The definitions of moral distress seem to be self-determined with few possibilities of objective assessment. It is clear that someone who is likely to leave their job, where the figures are much higher, is more likely to relate poorly to the job. As a self-defined response, we are more likely to feel negatively about jobs we wish to leave.

The lack of a measure of ‘moral distress’ which relates to social work might be a factor in this. The study didn’t explore the different responses relating to different employers or size of employers. Would those working in smaller teams experience less moral distress than those in larger organisations, or vice versa.

The role of ‘social work’ isn’t restricted to public sector work. ‘The social worker as bureaucrat’ may increasingly be a reflection of a social work role in a modern state which is not keeping up with some of the changes in the role in post-modern worlds. Social workers are practising in different areas and in different ways. Some of the decisions may remain the same but the context of work is changing and there are more diverse models in which to deliver social work.

The study left me feeling that there are more questions to ask than answers to be had as a result of this. To think that even those who were identified as not experiencing ‘moral distress’, 17.2% felt unable to carry on in their current roles, makes me wonder if we are creating and building the right social work leadership as moral implications should be held by the organisation and principal social workers as much as, if not more than, individual social workers. 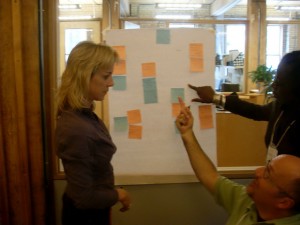 The Natural Step Canada CC BY 2.0