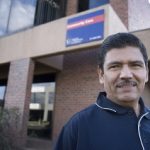 Such is the current drama of a ‘crisis’ in care that one might be forgiven for thinking no-one wants to work in the sector or that those who do are doing it for the ‘wrong reasons’. While clearly there are problems in some areas of retention we often over-look the reasons why ‘stayers’ stay in their jobs.

This article reports the findings of a small study of 19 care workers in one part of England who were ‘stayers’ and mostly happily so.

This article draws on part of the PhD study of Kirsten Bjerregaard (like most Phd studies, the thesis is now available online). It is entitled ‘The Shared Experience of Care: A Social Identity Approach to Understanding the Motivation of People who Work in Social Care’ and was awarded in 2014.

For this thesis and article she interviewed care workers and analysed the data (interview transcripts) using a social identity perspective. In brief, this means that we are motivated to do our jobs by a desire to enhance ourselves – in various ways. The PhD study was funded by the Economic and Social Research Council (ESRC), an important source of funding for full-time doctoral programmes (See Manthorpe and Moriarty 2016).

Not reported in this particular article is the second part of her PhD which was a longitudinal (two time points) survey of care workers’ motivations that consolidated and extended the interview findings.  This survey was completed twice – one year apart (responses to the first survey were 643 in 2010, to the second (in 2011) they were 1274, with 204 people responding to both surveys) (see Bjerregaard et al 2015b).

Interviews are a popular method of research in social care, especially when asking about job role, motivations and identity. They enable participants to describe themselves and their work.  They also enable the interviewer to probe or explore subjects or to delve further when interesting or contradictory matters emerge.

The authors report that the key questions were – what motivates care workers? Why does care work matter to them? They asked these questions of 19 care workers employed by one provider who were recruited on the basis of their job roles and availability. Kirstein Bjerregaard sent potential participants a letter of invitation to take part in an interview in work time if they wished. 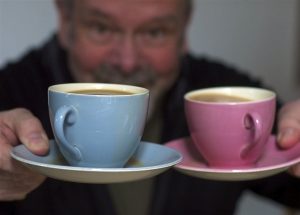 Participants reported their work was fulfilling personally, because helping service users was satisfying. It was rewarding because they made a difference to service users’ lives. When they felt appreciated, this made their work enjoyable but lack of appreciation was also heartfelt. Generally they thought that prospective care workers needed to be realistic about what the job entailed.

Participants also identified with service users and cared about them. They were critical of those care workers who didn’t care or who were not suited to the work.

Those working in care homes were more likely to report feeling part of a team and benefiting from the support of colleagues (but the numbers are so small that care is needed in seeing this as a generalisation). They considered that their employer (a not for profit care provider) was overall a caring company.

However many felt that the stress of the work was insufficiently recognised and that the job could be seen as low-status. Some appreciated the growing professionalism of care work although this needed to be carefully handled as service users seemed to value their non-professionalised demeanour. 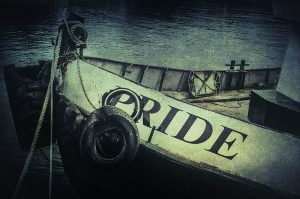 Participants were proud to be making a difference to people’s lives.

The authors acknowledge that the size of their sample was small (19 interviews) and the interviews are now somewhat dated (the date of interviews is not provided). While they suggest that their participants were diverse in terms of age, gender, nationality and so on, we are not given this information (a table of participant characteristics would have been helpful – one is included in the PhD on which this article draws heavily).

On the other hand one of the strengths of this study is that it interviewed both home care and residential/care home workers, albeit in small numbers. Most studies tend to focus on one group or the other. It will be helpful to hear more about the larger surveys’ findings.

This article is one of an increasing number asking care workers about their views of their work and it also emphasises the importance of relationships at work. With Skills for Care (2016) recently estimating that the turnover rate is 27.3% in social care, it is important to consider why people stay as much as why people leave.

Skills for Care (2016) The state of the adult social care sector and workforce in England, September 2016, Leeds, Skills for Care,