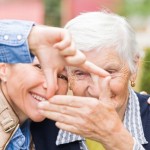 Beyond the UK in the Anglophone world there is a set of social workers referred to as ‘Gerontological’ in terms of the user group they serve. The group might be referred to elsewhere as older people.

It is interesting to debate why the term gerontological has not caught on in the UK at a time when the ageing population is becoming more visible. However, the focus of this article is really on whether social workers who work with older people enjoy their jobs.

The study is from Ontario, Canada, where many social workers work with older people in health and social services settings. As in the UK where details of specialisms are not always collected, it was hard for the researchers to find out how many of Ontario’s social workers actually focus on older people as a specialism. They predict, as we often do in the UK, that this will be a growing part of practice.

There is a much stronger evidence base about job satisfaction. In human services work it is said to matter a great deal as without it people (at any level of the organisation) may leave their jobs or not turn up; potentially leading to staff shortages or reduced quality and continuity of care. There is also substantial evidence that how work is organised affects job satisfaction, for example, if people cannot do the job they want to do. Another theme of job satisfaction studies is that individual characteristics matter, whether these are age or motivation, length of career, or feelings about the work/life balance.

It is this last point that this research investigated. They used a theoretical model as the basis for their study. This explored if job satisfaction predicted thinking about job-leaving on the basis that if job expectations are not met then people will think about leaving their job. Three distinct forms of data collection items were developed to form the basis of a survey; namely questions about the individual responding social worker; about their job’s design within the employing organisation; and lastly about interpersonal relationships (with supervisor, co-worker and clients’ acuity (severity of client need)). 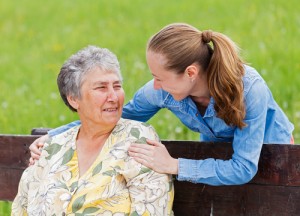 Many of the survey results confirm other research and probably are what one might expect. 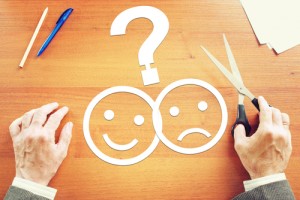 These three elements (mood, case mix and career advancement) are discussed by the researchers.

They argue that there seems to be room to modify all three but in different ways. For example, employers can make efforts to improve social workers’ mood or wellbeing. While presumably no social work employer would not be interested in this, findings as from surveys such as this are probably generalisable, suggesting that this can make a difference that matters.

Second, in relation to the effect of having a caseload where needs are complex and high level then strategies could be explored to make this less burdensome. These could be training, different staffing arrangements or case mix; at the moment we do not know what would make the difference. This finding has specific interest for UK social workers working in adult services as their role is often said to need to be focused on ‘complex cases’.

Third, promotional opportunities may need to be developed in adult and older people’s services – can social workers rise up the managerial pole in hospital or other health focussed settings? What is the career pathway for a gerontological social worker? Can they fashion their own pathways?

While the world of social work in Ontario can seem far away from UK concerns, this survey provides information that fits neatly with much of our thinking about social work with adults and older people specifically. If social workers are wanted and indeed needed to work with older people then the job has to be satisfying and satisfactory. 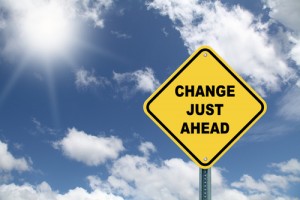 The author suggest ways to change all three elements of mood, case mix and career advancement!

Last reply was December 24, 2015
Try out our members features!