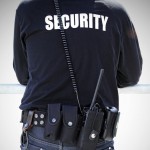 Adult protection and safeguarding has risen in prominence over the past decade as a distinctive part of the work that local authorities, health, and the police do to protect people living in their area from abuse and neglect. The general public may be more familiar with the deaths of children such as Peter Connelly (Jones 2014) and Daniel Pelka but those of Steven Hoskin, a man with learning disabilities murdered after months of bullying and victimisation, or the neglected residents in the Orchid View care home not all of whose names are in the public domain place the effectiveness of adult safeguarding procedures under scrutiny too.

There is a well known legal phrase that ‘hard cases make bad law’, meaning that systems are best designed to fit the ‘average’ circumstance. Instances such as those described above are thankfully rare.

However, ‘adult protection’ and ‘safeguarding’ covers a spectrum of activities, including those where boundaries over what warrants ‘safeguarding’ interventions are more blurred. Is the disabled daughter of a mother thought by some professionals to be too over protective in need of safeguarding because her mother’s caution means she is being denied opportunities? Should offering more assistance to a daughter and her father with dementia who have a close but volatile relationship be described as safeguarding or is it more about family support? ‘Adult protection’ and ‘safeguarding’ cover a spectrum of activities. Practitioners can be faced with complexities.

These are some of the examples that Fiona Sherwood-Johnson presents in her study of the meanings attached by practitioners to the idea of ‘adult protection’. The use of the term ‘adult protection’, rather than safeguarding which has come to predominate in England, gives us some clues about the date and time when the research took place. It is based on re-analysis of the Scottish Adult Support and Protection Study (ASP) which was used to help develop the Adult Support and Protection (Scotland) Act 2007.

Sherwood-Johnson used the ASP dataset, which she helped collect, to identify ‘every set of circumstances and/or piece of work’ whose status as ‘adult protection’ had been assumed, decided or discussed by practitioners. This resulted in 41 ‘such circumstances or pieces of work being identified’ drawn from case files and interviews with practitioners about 23 ‘adults at risk’.

Participants sometimes combined all these meanings in describing what they did. Does ‘adult protection’ represent a solution for people using services or a way for organisations to ‘cover their backs’?

It might be fairer to view this study as a retrospective commentary rather than a re-analysis of existing data. Information about the study methods is quite scanty, especially about exactly what data were included. I also expected more detail on the analysis. Nevertheless, it is effective in conveying the complexities practitioners faced and raising questions about the extent to which ‘adult protection’ represented a solution for people using services or a way for organisations to ‘cover their backs’.

Safeguarding practice involves nuanced judgements about the nature and intents of policy. More work is needed to understand the relationship between the two. Safeguarding practice involves nuanced judgements about the nature and intents of policy.

Sherwood-Johnson’s key finding that the concept of ‘adult protection’ has multiple meanings and functions will not come as any surprise, given that cases resulting in a serious case review and/or court conviction represent only a small proportion of those investigated each year. The Health and Social Care Information Centre (HSIC), the body responsible for collecting, analysing and reporting health and social care data in England, has just issued its first annual report on the Safeguarding Adults Return collected by all councils with adult social care responsibilities in England.

The report showed that safeguarding referrals were opened for 104,050 individuals over the previous year. No further action was taken for about third of these. Where action was taken, 32 per cent of allegations were substantiated while 31 per cent were not. However, the high proportion of inconclusive (22 per cent) and partially substantiated referrals (11 per cent) illustrates clearly that safeguarding decisions may be difficult to resolve.

For the eagle eyed, these categories add up to 96 per cent. A further three per cent of investigations were closed at the request of the individual making the referral and the HSIC has rounded percentages to the nearest whole number, making a total of 99 per cent.

A key question remains as to whether the substantial investment that organisations have made into developing safeguarding procedures and training staff over recent years would result in different results were the study to be repeated today. As Mr Salter says in Evelyn Waugh’s Scoop desperately trying to avoid contradicting his fearsome employer, Lord Copper, ‘up to a point.’

Good inter-agency working, clear divisions of responsibility, access to specialist support, training and clear guidance may lead to better outcomes, although we currently have very limited evidence on this. However, many aspects of safeguarding are both intractable and enduring. This study highlights how safeguarding research generally results in raising more questions than answers.