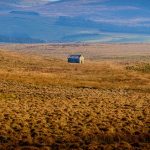 The prime policy goal in health and social care at the moment is integration. Integrated care is seen as the best option to ensure that systems can keep going and become more effective and affordable.

It is in this context that professionals who work in integrated teams or organisations are in the vanguard – they have made advances in work practices that others aspire to; the reality of course needs examining. One example of integration is Community Mental Health Teams, where different professionals work together and share their professional skills and experience. In this article Lisa Morris reports the findings from her interviews with mental health social workers that explored their feelings and perceptions about working in integrated care teams.

The PhD is finished and is available online, like most PhDs nowadays, from the candidate’s place of study – the University of Salford (Accomplishing social work identity in interprofessional mental health teams following the implementation of the Mental Health Act 2007 ).

In this article, which is one of several drawing on her research, Dr Morriss describes her approach to the interviews and their analysis as one that explicitly took into account her own mental health social work experience. This means, for example, that in the quotes from the interviews she often presents her own words too. She also comments on when the conversation was accompanied by laughter or shared jokes. This approach is one that sees interviews as being co-produced and the interviewer is conscious of their own influence in the conversation or interview. 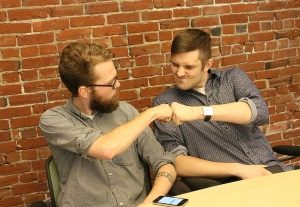 It’s important that researchers are aware that they can influence interviewees and explicity consider their role in the research process.

Isolation, in a professional sense, was a key theme in the interviews. The teams were generally composed of healthcare practitioners, mainly nurses, and social workers were either on their own or just had one social work colleague.

For the social workers interviewed this raised particular difficulties. Most described the work they did as almost invisible as it was hard to define; in some cases it entailed responding to gaps in what other colleagues were offering or responding to social circumstances that seemed to be affecting clients’ mental wellbeing by trying to do something about them. Morriss draws on this notion of invisibility as being a way that social workers have often described what they do and the frustrations of this not always being understood by non social workers.

Interestingly while the social workers referred to feelings of being ‘unseen’ they also described themselves as ‘seeing’ things that other professionals did not see. This could be for example, when they saw evidence of poverty of living situations which they felt their colleagues did not take sufficiently into account when describing their clients’ situations and feelings. 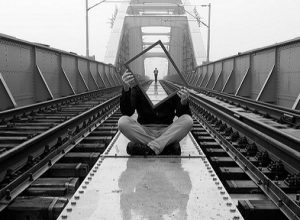 Participants felt that they were “invisible” in the integrated care environment.

There are limits to this research in that the sample size of 13 social workers is not large, as Morriss acknowledges. We don’t have much detail about the interview participants – it is not clear for example if they all worked in the same Trust and how long they had been qualified; or their gender, ethnicity or age. The year the interviews were undertaken is not reported. Such detail could have been easily added in a table summarising the interviewees’ characteristics. The strength of the article comes from its focus on the social workers’ own perspectives. Interestingly Morriss seems to find much in common between her interviewees and social workers practising with other client or user groups. This is not generally commented on.

In an age of integration mental health social work offers some important lessons to others planning to work in integrated teams or organisations. It is hard to be the only representative of a profession in a team where there are many more from other professions. Being  seconded possibly exacerbates this isolation. For social workers who are used to a model of supervision that is embedded in their professional identity, as reflective practitioners, it is hard to find the benefits of this though other means. In contrast to working in a social work team where everyone knows what social workers do, in new organisations colleagues may be unclear about what social workers bring. This is not new but an ‘invisible profession’ may help its members if it is clear and confident about its role, and less easy with accepting its invisibility.