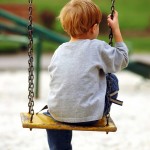 The review found major weaknesses in the evidence base and concluded that:

In the absence of findings from reliable research, a reasonable treatment and follow-up strategy might be to reduce sex crime-specific risk factors, e.g. sexual preoccupation, in offenders having the highest risk of recidivism.

The summary of conclusions in full were:

Council of Europe Convention on the Protection of Children against Sexual Exploitation and Sexual Abuse. Oct 2007.