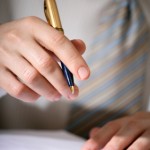 Researchers from the University of Leicester, UCL (University College London) and King’s College London have published a study in the British Journal of Psychiatry that appears to contradict the spate of recent news stories that the prevalence of mental disorder is on the rise.

Overall, we found little evidence that the prevalence of common mental disorder, which includes depression and anxiety disorders, is increasing in England. Our finding of stable rates contradicts popular media stories of a relentlessly rising tide of mental illness.

Last reply was June 1, 2011
Try out our members features!