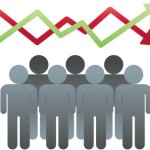 This is despite the number of formal admissions for treatment and new Community Treatment Orders having fallen since the previous reporting period.

The increase can be attributed to a 29% rise in people on Community Treatment Orders at 31st March as well as an increase of 0.2% in people detained in hospital.

Last reply was October 13, 2011
Try out our members features!