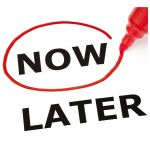 The National Elf Service and Minervation (the organisation behind the elves) have been supporters of the AllTrials campaign since it began. We believe that all clinical trials should be published so that we can avoid repeating trials unnecessarily and make treatment decisions as good as they can be.  It’s estimated that around half of the clinical trials ever conducted have not been published, so our understanding of what works may in some cases be wildly inaccurate.

Last Friday we received this letter from Ben Goldacre and Tracey Brown who have done an amazing job so far spearheading the AllTrials campaign. They need your help to turn this small ripple of a campaign into a tsunami of support that crashes over the pharmaceutical industry and brings real change for all patients.

I urge all elves, and humans who consider themselves friends of the elves, to sign the AllTrials.net petition now and highlight this campaign to everyone you know.

You, and 40,000 other people around the world, have signed the AllTrials petition. We are on the threshold of significant change, but we now urgently need help from all of you to make this a reality.

Your support has already persuaded hundreds of organisations to commit to the aim of getting all clinical trials registered and their results reported. These include regulators and faculties. GSK, one of the biggest drug companies in the world, has signed up and others are considering it. Some of these groups are now starting discussions about the practical ways to stop trial results being withheld. Author, broadcaster, medical doctor and academic Ben Goldacre has been the face of the campaign.

So far we’ve created a ripple, and got some important commitments. We have empowered individuals in large organisations to speak up, and it has changed the mainstream opposition on this issue. In doing so, we have also challenged those who try to pretend that the problem doesn’t exist, or who falsely claim that it has already been fixed.

But this impetus for change could now go either way. Sir Iain Chalmers – co-founder of the Cochrane Collaboration – this week described on the MRC website how transparency has been mired in  25 years of false promises and failed initiatives. There are many who hope that AllTrials will fizzle out, and go away, as previous efforts have done. What happens next is up to all of us.

We need your help to grow internationally, and to push for a decisive and permanent change. This is what we want your help to achieve: Sense About Science Director Tracey Brown has been a key voice in the campaign, which also involves the BMJ, James Lind Initiative and the Centre for Evidence-based Medicine

If you have anything further to offer, please contact Síle Lane slane@senseaboutscience.org.

Thank you also for the material you have been sending us about the effects of secrecy and transparency. Over the coming weeks we’ll be making sure that the world hears a lot more about this issue.

Twenty five years of failure is too long. Doctors need all the results, of all the trials, on all the treatments we use today. With your help, we could now achieve this, together.

Tell your family, tell your friends, tell your neighbours.  Get everyone you know to sign up and support this campaign.  It’s not a minority nerdy activity, it’s something that will change the face of healthcare and dramatically improve the quality of care that you and your loved ones receive.  Do it now!