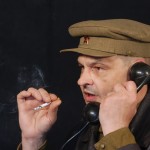 Today’s blog comes courtesy of my friend and yours, the Lifestyle Elf:

“Mr Watson, come here, I want you”. These are the first intelligble words transmitted over a telephone, by Alexander Graham Bell to his assistant, back in 1876. Nowadays, any observer of ears in the street will see a large proportion attached to mobiles; most of us are never far from our phones. Their high accessibility make them a promising means of delivering health programmes and support, such as smoking quitlines, and this method is also relatively inexpensive. But does this work? When people want to quit smoking, what sort of help do they want?

A newly published randomised controlled trial, conducted here in England, recruited 2591 people who called the National Health Service smoking helpline and agreed to set a quit date. They compared self-reported smoking cessation for six or more months after starting a quit attempt in groups offered free nicotine replacement therapy (NRT), more intensive proactive telephone support or standard helpline care. Telephone contact was made with 58% of smokers for whom current contact details were available after six months and this was similar across the groups. Here’s what they found:

The accompanying editorial in the BMJ made some points worth noting: