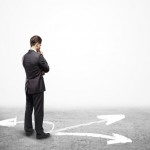 Patients who suffer from depression after acute coronary syndrome (ACS) may benefit from stepped treatment, which takes patient preference into account, a recent study suggests. Furthermore this course of action does not appear to result in a significant increase in healthcare costs.

Crucially post-ACS depression has been associated with both an increased risk of ACS recurrence and of all-cause mortality, yet existing treatments have limited effectiveness. Naturally post-ACS depression represents a potential problem for the 1.2 million Americans, and beyond, who survive an ACS event, such as a heart attack or unstable angina, each year.

Participants included in this six-month trial were older than 34 and displayed elevated symptoms of depression two to six months after hospitalisation due to ACS (Beck Depression Inventory I >= 10 on two screenings or >= 15 on one). Exclusion occurred in accordance to criteria described by Whang et al. 2012. A total of 150 patients were recruited.  Following approval, patients were assigned via computer randomisation to either the ‘usual’ or ‘active’ groups. The ‘usual’ group included 77 individuals who continued with standard treatment whilst the 73 participants of the ‘active’ group were given a stepped procedure in which patients chose which treatment mode they would receive.

At the end of the study, 41 participants in the active group were receiving centralised problem-solving treatment (PST), 9 were being prescribed medication (sertraline hydrochloride, citalopram hydrobromide or bupropion hydreochloride), 17 had both and 6 neither.

Whilst it appears that initial treatment allocation was concealed, patients in the active group would have been aware of their allocation after meeting with a research assistant to discuss the benefits and risks of each treatment choice.

Symptoms were initially analysed weekly via the Patient Health Questionnaire 9 (PHQ-9) and later recorded monthly. Providing the minimum improvement criteria (as described in Whang et al. 2012) was not met after six to eight weeks of a particular treatment, a team of PST therapists, psychologists, physicians and nurses suggested an alternative method of treatment in coordination with patient preference.

In terms of expenses, total healthcare costs were not significantly higher in either group (adjusted change, -$325; 95% CI, -$2639 to $1989; P = 0.78), although active and usual treatment showed increased costs associated with mental health care and hospitalisation respectively.

This study supports the use of treatments which are stepped, centralised and that take patient preference into account. Furthermore the data suggests that post-ACS depression can be reversed without significantly increased healthcare costs. Considering the poor standard of the treatment and screening for this affliction in addition to the increased healthcare costs and associated mortality and morbidity risks, this research presents an important, though preliminary, advancement. The CODIACS Vanguard provides a basis for future studies to determine whether treating depression reduces mortality and cardiac event recurrence in patients after an ACS event.

Given the preliminary nature of this study, there are several areas which remain to be fully investigated. Most notable is the role that patient preference plays in the alleviation of depressive symptoms, but it is also vital to clarify exactly how these symptoms affect morbidity and mortality.

Several limitations are expressed by the authors and revealed through critical appraisal, these include: