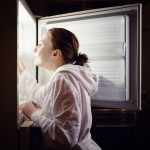 In DSM-IV (the manual published by the American Psychiatric Association for the purposes of classification of mental disorders), BED is part of the “eating disorders not otherwise specified” (EDNOS) category. This category describes people who have a lot of the symptoms of a significant eating disorder, but who do not meet the full criteria to be diagnosed as having anorexia nervosa or bulimia nervosa.

The use of criteria of course sounds rather divorced from human experience and perhaps even the idea of diagnosis or categorisation of mental illness sounds harsh to some. However, such criteria are very useful for research purposes and many people find comfort from getting a particular diagnosis. (Some might use the term, “finally getting a diagnosis”, but that’s a different issue.) Although, just because criteria are useful or in some cases comforting, it doesn’t make them right. This too is another issue for another time. That makes two. We’ll run out of other times at this rate.

BED is primarily characterised by recurrent episodes of excessive food consumption (unsurprisingly known as binge eating). These episodes are usually accompanied by a sense of loss of control and psychological distress, but are not followed by the inappropriate attempts at weight-loss seen in people with bulimia nervosa. An eating episode is considered as a binge-eating episode when an amount of food is eaten that is definitely larger than what most people would eat during a similar discrete period (often defined as 2 hours) of time and under similar circumstances. 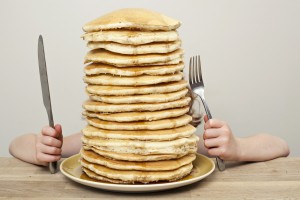 Binge-eating episodes are defined by eating an amount of food that is definitely larger than what most people would eat during a similar discrete period.

It is not currently known what causes BED. In fact, it is only comparatively recently that it was given its own category within DSM-V, its diagnostic category in DSM-IV being regarded as provisional and needing further research. Many argue that BED isn’t an eating disorder at all, but is a reflection of personal choices, which is odd, given that the very definition requires the person to have a sense of lack of control.

The regulation of energy and appetite in the body occurs through a complex interaction of hormones, nutrients and neuronal signals within the central nervous system. Receptors for numerous appetite-regulating hormones and neurotransmitters can be found in the arcuate nucleus (Part of the hypothalamus in the brain and an excellent name for a character in Harry Potter. Probably one who cleans the calculators in the Ministry of Not Proper Magic Like the Other Wizards Do, but it’s a start).

Pathological overeating may be related to dysfunction of the dopamine in this norepinephrine system. Food has been shown to generate abnormal dopamine responses in obese individuals and inhibition of dopamine transport leads to greater increases of dopamine levels within the caudate of obese individuals with BED compared with those without BED. Further research is needed though, and quite frankly, there isn’t much behaviour that changes in dopamine levels haven’t been linked to. Agents such as dextroamphetamine (which inhibit the reuptake of dopamine and norepinephrine, among other things) could alter pathological binge eating and thus be feasible treatments for BED.

It is argued that if dopamine is involved in causing BED, then agents such as dextroamphetamine (which inhibit the reuptake of dopamine and norepinephrine, among other things) could alter pathological binge eating and thus be feasible treatments for BED. Lisdexamfetamine dimesylate is a dextroamphetamine pro-drug (the body metabolises it into a working drug) approved for the treatment of attention-deficit/hyperactivity disorder (ADHD) in children, adolescents and adults.

A study was therefore initiated (and obviously completed, hence this blog) with the aim of examining the efficacy and safety of lisdexamfetamine dimesylate in the treatment of moderate to severe BED.

The study was conducted across multiple centres. People who volunteered to take part were randomised to their study group in a double-blind fashion. That is to say, neither the participant nor the researchers knew which study group the patients were in.

The overall study duration for each participant was 14 weeks. Treatment was administered for 11 weeks.

Exclusion criteria included, but were not limited to:

Safety and tolerability were assessed using the number of treatment-emergent adverse events, vital signs, laboratory results e.g. biochemistry, weight, and whether or not the participants would put up with the drug and the study. 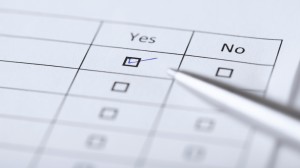 The primary efficacy measure was the number of binge-eating days per week based on clinician interview and participant confirmation of self-identified binge-eating episodes. 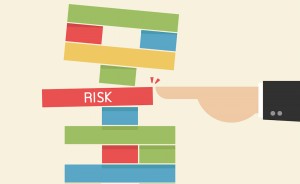 In the primary analysis of this study of adults with moderate to severe BED, lisdexamfetamine dimesylate treatment with 50 and 70 mg per day, but not 30 mg per day, demonstrated a significant decrease (compared with placebo) in weekly binge-eating days per week at week 11.

The authors concluded that these findings provide preliminary evidence that lisdexamfetamine may be effective for treatment of moderate to severe BED. This would be consistent with its effect on dopamine and other neurotransmitters. In the short-term, the number of binge eating days per week decreased for people receiving 50 mg per day or 70 mg per day of lisdexamfetamine, compared with placebo.

Safety was consistent with what has been seen in adults with ADHD receiving lisdexamfetamine.

However, the population studied may not be representative of the population with BED and no claims can be made about the long-term effectiveness of lisdexamfetamine in the treatment of BED from the results of this study. As it always is, more research is needed.