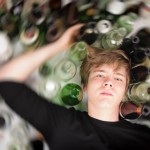 In those with post-traumatic stress disorder (PTSD), alcohol abuse or dependence is the most common co-morbid disorder.

Unfortunately, although individuals with PTSD and alcohol dependence (AD) often have complex needs, the treatments available usually only target one issue. This is often due to specialist treatment services not having access to treatments for comorbid disorders, and the belief that treatment for PTSD can increase drinking behaviour, while AD may interfere with PTSD treatment.

Following treatment, those with comorbid PTSD and AD are more likely to relapse, and relapse quickly, than patients with AD alone or AD with other comorbidities. These increased risks combined with the complex needs of this patient group make the development of effective concurrent treatments a priority. Foa and colleagues conducted a trial (recently published in JAMA) which primarily assessed the effectiveness of combining an evidence-based pharmacotherapy for AD (naltrexone) with an evidence-based psychosocial treatment for PTSD (prolonged exposure therapy).

Overall they found that:

165 patients were recruited from two clinical sites in Pennsylvania and required a diagnosis of AD (defined by: DSM-IV, >12 drinks per week, >4 drinks in one day over past 30 days) and PTSD (DSM-IV, ≥15 score on the PTSD symptom severity scale). Patients did not have any other substance dependence (except nicotine), psychiatric condition, or physical condition which could interfere with the treatments provided.

Patients were randomised to 1 of 4 conditions:

Treatments were started after outpatient detoxification, and lasted 6 months. Prolonged exposure therapy was administered once a week for 12 weeks and then once a fortnight for 12 weeks, and involved: imagining, processing, and discussing traumatic memories; listening to these sessions at home; in vivo exposure to safe situations.

In addition, all participants received 18 supportive counselling sessions with a nurse (administered on the same time frame as the exposure therapy).

Outcome measures were taken at baseline, during treatment, and up to 52 weeks follow-up. The finding that prolonged exposure therapy was no better than supportive counselling as a treatment for PTSD is inconsistent with other evidence. The authors suggest that supportive counselling (which all patients received) may have masked specific effects of prolonged exposure, and this is something that needs to be controlled for in future research. However, the lack of a significant finding may also be due to poor adherence rates; patients only attended an average of 6/18 exposure sessions.

Importantly, the PTSD treatment did not exacerbate AD symptoms and, at 6 month follow-up, there was a lower alcohol relapse rate in those from the Exposure + Naltrexone group.

Given the low adherence rates to the prolonged exposure treatment, this study is unable to comment on the long-term effectiveness of the PTSD therapy. The complex needs of this patient group make it possible that those with comorbid disorders have difficulties in engaging and sticking with treatment regimes. Therefore, future research needs to focus on ways to improve treatment adherence.

The now somewhat out of date NICE guidance (NICE, 2005) suggests treating alcohol dependence before PTSD treatment starts (although in severe cases collaborative care may be appropriate). However, the current study found that treatments did not exacerbate comorbid symptoms. It is important that research continues to investigate the effectiveness of concurrent treatments in complex patient groups, and for health services to look at ways to deliver such treatments packages.

Jacobsen LK., et al (2001) Substance use disorders in patients with posttraumatic stress disorder: A review of the literature. American Journal of Psychiatry 158(8): 1184-1190