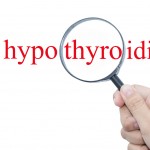 Water fluoridation as a public health measure was introduced as a public health measure in America in the 1950s. The first public water fluoridation schemes in the UK began in the 1960s. Hypothyroidism affects women more than men (15 per 1,000 compared with 1 per 1,000 for men). Worldwide, iodine deficiency is a common cause of underactive thyroid although this is uncommon in the UK.

The aim of this study is to examine whether there are differences in prevalence of hypothyroidism between populations in fluoridated and non-fluoridated areas.

In the first model, all English data was included in the second model only practices from built-up areas in a non-fluoridated area (Greater Manchester) and fluoridated area (West Midlands) were included. Independent variables considered for inclusion in the model were:-

Mean and maximum fluoride concentrations were provided by the Drinking Water Inspectorate (DWI).

This cross-sectional data compared hypothyroidism and water fluoridation levels. The authors highlight some potential biases that could affect their results, water sampling frequency, inclination to request hypothyroidism test and GPs giving greater consideration to queried hypothyroidism in fluoridated areas. Apart from age, sex and practice IMD no other confounders were considered.

The 2000 York Review (McDonagh et al )* did not include any studies suggesting adverse effects of fluoridation on the thyroid gland although the 2006 NRC review of the EPA standards did note some endocrine effects with fluoride concentration in drinking water of 4mg/L and suggested further research.

This new study provides new information although this work needs to be repeated with further consideration of additional potential confounders before the validity of community water fluoridation as a public health measure can challenged.

* Note:– The York Review is currently being updated by the Cochrane Collaboration (Iheozor-Ejiofor et al 2013).