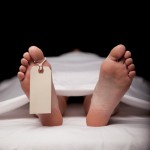 People with serious mental illness are still living 15-20 years less than the rest of the population, according to a study from the Nordic countries.

The study, published in the December issue of the British Journal of Psychiatry, shows that the life expectancy gap has remained largely unchanged over the last 20 years, despite changes to the provision of mental health services and improvements in public healthcare.

Researchers from the Nordic Research Academy in Mental Health in Sweden studied the life expectancy of people admitted to hospital for a mental disorder in Denmark, Finland and Sweden between 1987 and 2006. They found that those with a mental disorder had a two- to threefold higher mortality than the general population in all three countries.

These include an unhealthy lifestyle, inadequate access to good-quality physical healthcare, and a culture of not taking physical disease into consideration when treating psychiatric patients. In addition, people with mental illness are more often poor, unemployed, single and marginalised, all known risk factors for poor health and premature mortality.

Writing in an editorial in the same issue of the British Journal of Psychiatry, Graham Thornicroft, Professor of Community Psychiatry at the Institute of Psychiatry, King’s College London, described the study’s findings as “a scandal”.

Even in three Scandinavian countries that provide among the best-quality and most equitably distributed healthcare in the world, this mortality gap has narrowed only by a modest extent over the past two decades and remains stubbornly wide. There is now strong evidence that people with mental illness receive worse treatment for physical disorders. Medical staff, guided by negative stereotypes, often tend treat the physical illnesses of people with mental illness less thoroughly and less effectively.

If such a disparity in mortality rates affected a less stigmatised section of the population, then we would witness an outcry. The fact that life expectancy remains about 20 years less for men with mental illness and 15-years less for women with mental illness, denotes a cynical disregard for these lost lives and shows, in stark terms, by just how much people with mental illness are valued less than others in our society. This can justifiably be seen a violation of the ‘right to health’ as set out in Article 12 ‘The right to the highest attainable standard of health’ in the International Covenant on Economic, Social and Cultural Rights.