Home » Posts » Publication types » audit » Signs of value for money in some out of hours GP services, but room for improvement says National Audit Office 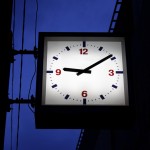 This new report from the National Audit Office considers the current status of out of hours GP services in England, based on data collected during 2013-2014.

Although the report is focused on England, there may be lessons for commissioners in other health systems.

The report is based on :

As might be expected, the report notes wide variation as to how out of hours services are managed and delivered, including variables such as the number of GPs and other clinical staff.  The findings of the survey of CCGs showed that 49% of contracts are held by social enterprises, 31% by commercial organisations and 20% by NHS organisations (opted-out services).  10% of GP practices are providing out of hours services (opted-in services).  The report suggests that potential conflicts of interest are well understood by commissioners, if dependent on self-disclosure.

The overall activity has decreased since the introduction of 111.  An estimated 5.8 million cases were handled by out of hours services during 2013-14, including an estimated 800,000 home visits, at a total estimated cost of £400 million.  The estimated average cost per person for out of hours services is £7.50 and the estimated average cost per case is £68.30 (compared to an A&E visit which costs in the range £69 and £129) – however, there is wide variation (95% of contracts cost between £3 and £12.55 per person and between £28.30 and £134.30 per case).  Rural services with a higher elderly population tended to cost more. 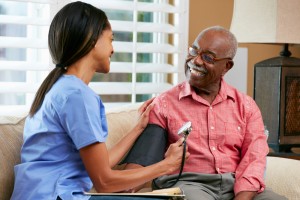 Awareness of out of hours services appears to be low in some geographic areas and the report suggests a possible impact on equity of access as awareness seems to be lower in key groups, including, younger people and ethnic minority groups; however the report suggests that increased awareness may increase demand rather than reduce activity in A&E.  A survey commissioned by the NAO suggests that one reason for this could be a perception of being treated quicker in A&E.

Generally, out of hours services are well received – 66% of patients rated the service as “very good” or “fairly good” – but out of hours GP services consistently score lower than other primary care services e.g. dentists.  Performance against national quality indicators is impacted by difficulties in recruiting and retaining GPs – the report speculates that recruitment and retention difficulties may be due to: increased workload, higher insurance costs; and availability of other opportunities such as working in A&E.

Access to information is critical, particularly to the integration agenda – 60% of CCGs responding report GPs in out of hours services have access to a summary care record and 29% have access to detailed medical records

The report acknowledges wide geographic variations, which cannot be explained entirely by demographics, suggesting there is some learning and innovation to be shared in those areas performing well.  Several CCGs note an intention to award future contracts based on the integration of urgent primary care services, suggesting a real opportunity to share good practice. 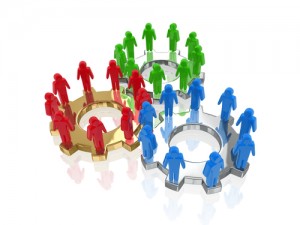 There is a real need to share good practice and innovation

The study found examples of good practice in contract management but there are still some commissioners who do not receive monthly performance information.  Financial incentives are used, mainly penalties (40%) and much less often,  rewards (14%) which highlights a potential opportunity for commissioners.   Monthly reporting by providers is fairly standard, however some CCGs don’t receive any information at all. Clinical audits seem to be standard practice but vary as to the frequency; 2 CCGs report the use of unannounced visits.  in services.

A key consideration for commissioners is how to enable integration.  Co-location with other urgent care services, as well as the rolling out of Urgent Care Working Groups, is encouraging a more collaborative approach to planning and delivery but there are still barriers to further integration through the current system of financial incentives (e.g. block contracts used for some services whereas activity-based contracts are used for others) which need to be tackled.

The report highlights the risk that CCGs are paying more than once for the same service – in particular, by not reducing out of hours contracts when 111 was introduced.  Other possibilities for over-paying can occur where extensions to practice opening hours are agreed or where A&E departments employ GPs to provide primary care expertise. 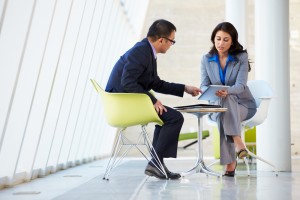 Strong relationship management has proved important, particularly during the introduction of 111 when several service providers provided support at short notice.