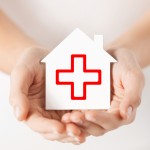 Mental Health First Aid (MHFA) is a form of “widespread psychoeducation” that aims to improve awareness of and attitudes toward mental health amongst the general public.

The idea is that MHFA can reduce the stigma attached to mental health and also potentially help people with mental health problems access support, because others would be more likely to recognise someone as having a problem and encourage them to seek help.

MHFA also includes more direct and specific instruction as well as targeting attitudes, for example providing participants with a 5 step action plan to help people during a mental health crisis.

It’s delivered as a two-day open training course by qualified MHFA instructors, of which there are over 1,000 in England alone. The programme was developed in Australia but is now delivered in 21 countries around the world. However, the evidence base for MHFA itself has never been quantitatively synthesised, until now. 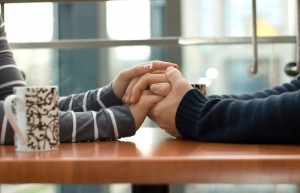 Mental Health First Aid training is designed to help anyone recognise the symptoms of mental health problems, provide initial help and then guide a person towards appropriate professional help.

The authors of this meta-analysis searched the literature for studies up to March 2014, looking at both MHFA delivered to adults and the course for young people.

Studies were excluded if they’d used a modified MHFA, rather than the standardised programme or if they didn’t provide any quantitative evaluation data.

The outcomes investigated were:

Results indicate not only changes in knowledge and attitudes, but also changes in the behaviour of those who attend the training… Considering the estimated effects of the MHFA programme on knowledge, attitudes and behaviour, this intervention programme seems to be a promising public health tool for tackling stigma and taboo surrounding people with mental disorders and suicidality.

What we don’t know of course is whether there were indeed positive impacts for people with mental health problems themselves. Working out whether MHFA does encourage people to get support is going to be very difficult to demonstrate, but not impossible, though you would probably have to evaluate specific sites (for example, compare the number of people who access mental health support in a workplace which received MHFA training compared to one that didn’t.)

Given that we now have “robust” evidence that MHFA improves knowledge, reduces stigma and makes people more likely to offer help, perhaps the challenge is going to be encouraging uptake of the training. Is it possible that one day MHFA will be as common as physical first aid? 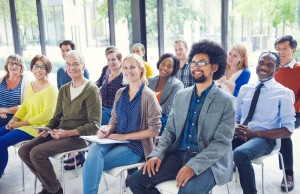 If Mental Health First Aid is so good, how come more people aren’t receiving the training and grinning like these delighted individuals?

The authors themselves point out that the behavioural measure is limited in that it relies on participants having had the opportunity following training to provide help. People could report not helping anyone because they didn’t encounter the need to, rather than because they wouldn’t.

Although intended for the “general public”, it would be useful to know whether there are differences in impact depending on the particular groups involved, particularly whether it is more or less likely to be effective depending on how much mental health knowledge the person already has. It’s quite likely however that this level of detail wouldn’t have been available in the papers included, but is perhaps something to consider for future research. This knowledge may help us tailor training to specific populations, e.g. older people, who are more likely to have negative attitudes to mental illness.

The authors say “The results of this meta-analysis suggest that MHFA ultimately increases mental health literacy of the general population”, but I’d argue this might be over-stating things. It certainly seems to increase the literacy of those who attend, and it’s possible this then filters out into the broader population, but this would be very difficult to capture. It could also be argued for example that people willing to attend the course may already be quite positive about mental health, and people who have more negative views won’t be impacted.

The authors conclude that this evidence is “robust”, but it’s worth noting that only 4 of the trials were randomised. Although the authors did look at whether results were different between the randomised trials and the other studies and found them to be consistent, the former did show a smaller effect size. It’s now necessary to strengthen the evidence base for MHFA by conducting more high quality randomised controlled trials with different populations.

The review also demonstrates that ensuring studies have long-term follow ups (rather than just pre- and post-training) is important to ensure impact on behaviour beyond the training is captured. 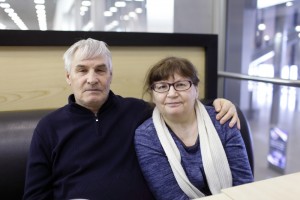 Last reply was September 19, 2015
Try out our members features!