Home » Posts » Populations and settings » service user involvement » Do we need a Truth and Reconciliation process in psychiatry? 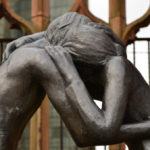 This jointly authored blog is a slight departure in that it explores a recent conceptual discussion paper, rather than a research study. However, as us elves have a duty to keep you posted on the latest ideas in mental health too, we thought it well worth covering.

In this paper, Spandler and McKeown (2017) outline the case for and against holding a Truth and Reconciliation process (T and R) in psychiatry and mental health services between ‘service users, survivors and refusers’ alongside mental health staff.

The proposal is to address a long history of enforced treatment in psychiatry and mental health services, as well as the more recent manifestation of ‘psychiatric neglect’ (Spandler, 2016). Psychiatric neglect comes in the wake of austerity politics, a recovery agenda that now individualises and makes patients reponsible for their own mental health care, and the promotion of a rolling back of State and communal responsibility for those of us who experience mental distress (Harper and Speed, 2015).

The article considers T and R processes in the context of increasing interest in trauma informed approaches in mental health (TIAs), which Sarah explored in a previous blog summarising emerging evidence that many people who access mental health services are presenting with attempts to manage previous trauma, interpersonal harm and relational injuries.

Danny has argued that in these cases psychiatric diagnoses are primarily ‘discursive fig leaves’ that mask underlying abuse and so for these service users there is a risk of mental health services retraumatising people through patterns of coercion and control that are similar to the nature of the originally abusive relationships (Taggart, 2017). The risk of iatrogenesis (or the treatment being as bad as the disease) means that the relational process of mental health care needs to be as closely attended to as the content or form of treatment whether psychiatric, psychological or psychosocial.

A T and R process can be considered as instrumental for not only addressing the damage that mental health services and treatment have caused in the past, (and possibly offering space for acknowledgment, apology and reparation), but also pointing the way to more democratically accountable, consensual and participatory forms of mental health service and support in the future. 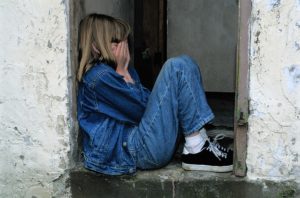 The authors use a ‘conceptual review approach’ to explore T and R processes and set out a case for their potential application to mental health services and psychiatry.

They specifically cite the example of T and R in Post-Apartheid South Africa as an approach to inform a healing process in the wake of institutional abuse and neglect in psychiatric services in the UK. They also acknowledge the ideas and work of the service user and survivor movement, most notably that of pioneering UK survivor activist Jan Wallcraft (2010).

In order to test their position, they respond to four objections to T and R in mental health systems:

The case is made for context-specific ‘grassroots T and R processes to begin the task of peace-building in the context of mental health services.’

The authors argue that any process will require the new spaces for collective dialogue and listening outside the mental health or psychiatric system and suggest ‘healing circles’ used in community-based restorative justice programmes and ‘polyphonic dialogic communication’, as used in Open Dialogue. Any approach should not be imposed or influenced by a ‘clinical mindset.’

Rather than waiting for a public apology, a process can start with multiple survivor testimonies that should be heard ‘without judgement, argument or contestation’ and build on grassroots community activism. Spandler and McKeown recognise that ‘ultimately psychiatry remains contested and contestable’, and that there is evidence that mental health services can be retraumatising, with the risk of ‘epistemic violence’. Therefore the abuses are not historical and still continue.

They posit the argument that ‘perhaps healing or restitution cannot take place until the full extent of survivor grievances has been acknowledged.’ T and R processes should explore the full complexities of psychiatric system harm to survivors and by or to staff: ‘we cannot realize genuine solidarity without the precondition of acknowledging harms…and significant power imbalances.’ 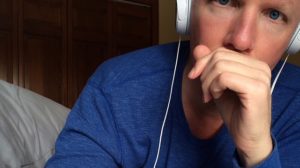 Does the full extent of previous and current psychiatric harm need to be acknowledged before we can move on to a process of reconciliation?

A particular strength of the piece is the emphasis upon the nature of T and R processes as being forms of restorative and transformational rather than retributive justice. Restorative justice emphasises the need for processes of non-blaming dialogue.

Spandler and McKeown deftly manage to avoid many of the typical polarities that can bedevil this debate. Calls for recognition of the harm caused by mental health services is often dismissed as empty, nihilistic critical psychology or anti-psychiatry posturing. However, here the authors have assessed a range of sources (academic and professional as well as service user and survivor) to make the case for a moderate, inclusive and appreciative form of T and R that can acknowledge both the harm to service users and survivors and staff. It would perhaps have been beneficial to have a survivor co-author, to balance the analysis and strengthen the proposition of the mental health social work and nursing academic authors.

The authors question the absolute distinction between staff and patients, recognising the worrying increase in stress-related illness and absence among mental health staff, and collapsing these categorical distinctions to offer the possibility of more open, humanistic discussion of relative harm that avoids victim – perpetrator dichotomies.

However, while this is to be welcomed, the partial emphasis on staff ‘victimhood’ reveals a key difficulty with the proposed T and R approach. Power in psychiatry and mental health services is structural as well as interpersonal. Although operating in the same harmful system, staff nonetheless remained in a position of power within those structures. They had a choice to work where they did, were not subject to containment and compulsion, and could leave the hospital at the end of the working day. They also had a professional (and human) duty to speak out and act if they witnessed abuse within services, as the best staff did and still do.

South Africa undertook a process of T and R that in some ways at least led to tangible social and political change, the quest to follow a similar process in post-Troubles in Northern Ireland was less successful. The Northern Irish example floundered in part because of the contested nature of ‘victimhood’ during the Troubles with both Nationalists and Unionists having some claim to being wronged. Arguably this lack of willingness to acknowledge the broader and structural harms caused from within their own community was one reason why the process did not get off the ground.

Similar pitfalls need to be avoided in this case by staff being fully open and willing to listen to survivors’ stories without feeling personally attacked. These are primarily systemic problems, not individual ones. Although staff have been hurt by the system and what they have been expected to do, many survivors would argue that the psychiatric harm they have experienced is highly complex and ontological. 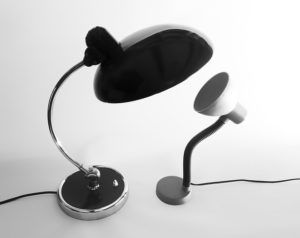 Power in psychiatry and mental health services is structural as well as interpersonal.

In the absence of an officially sanctioned T and R process a grassroots reparative initiative in mental health services may be an innovative bottom-up approach to transitional justice. This would bring together service users, survivors and refusers, with staff who work/ed in them, to begin the work of healing the hurtful effects of experiences in the system.

While the comparison between a State system of institutionalised racism that lasted 43 years, and the treatment of the ‘mentally ill’ under a outwardly benign if paternalistic psychiatric system in the UK might seem to stretch credulity and even risk insult to the plight of millions of black South Africans, there are some respects in which there are concerning parallels.

Successive Apartheid governments utilised the rhetoric of security as a means to justify human rights abuses including detention without trial in a way that is similar to the rhetoric of public safety whereby many thousands of psychiatric patients are annually detained under the Mental Health Act against their will and in the absence of any crime being committed.

In addition, a form of what can now be called ‘epistemic injustice’ (Fricker, 2007) was deployed in Apartheid South Africa to suppress black South African voices in explicit ways such as the shutting down of newspapers and printing presses, but also in more subtle ways such as revisionism of South African history to emphasise the importance of the Dutch colonies thereby erasing centuries of pre-colonial history.

This process of structural and covert silencing can be seen in the ways that knowledge about madness and mental distress have been colonised and controlled by those working within mental health and psychiatric services, often leading to the silencing of users and survivors of services. The research agenda in mental health has been dominated by forms of categorisation and treatment (both psychiatric and psychological), often commodified and costed, to the exclusion of examination of the sorts of human rights abuses and other social injustices that many service user and survivor groups identify as unacceptable within current services.

The tricky balance to strike is to make T and R processes for psychiatry and mental health services consensual and non-blaming enough to convince mental health professionals to participate, while having enough space for psychiatric survivors to air long standing and legitimate grievances about coercion and control, and more recently, in the wake of austerity politics and NHS cuts, ‘psychiatric neglect.’ If this can be achieved the authors suggest a new, more progressive and less harmful form of mental health services can be built collaboratively. 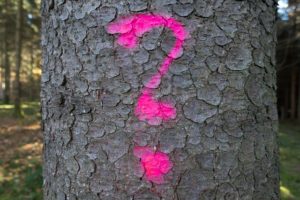 What do you think? Is a Truth and Reconciliation process the best way to build a more humane mental health service?

Wallcraft J. (2010) “Truth and reconciliation in psychiatry”, available at: www.ipetitions.com/petition/truth_and_reconciliation_in_psychiatry/

Last reply was June 5, 2019
Try out our members features!