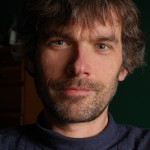 The quality and outcomes framework (QOF) was introduced in the NHS in 2004 as part of the new General Medical Services contract (Health and Social Care Information Centre, 2016). Its purpose was to improve the quality of NHS primary care clinical services and also to retain general practitioners (GPs).

It has been more costly than predicted but arguably the NHS has retained and even increased the number of GPs. If one looks at the high level of attainment of these QOF indicators among GP practices you could say that the quality of clinical care is better insofar as the indicators themselves measure it.  The real question for someone like me is whether it makes any difference at all to the medium or long term outcomes of people with mental health problems.

Full disclosure: while I do understand the need for indicators I am always very skeptical about the way they are selected, particularly in mental health. I am also very suspicious of anything that looks like a process indicator (having a care plan, having an annual review) rather than what I consider a true hard outcome (being back at work, ability to live without support, the presence of comorbidities, mortality).

Trying to get some clarity on this issue I came across a paper by Nils Gutacker and colleagues from the Centre for Health Economics at University of York (Gutacker et al, 2015). They looked at the relationship between QOF attainment in severe mental illness (SMI) and hospital admissions. They used retrospective analysis of routine data at GP practice level estimating the effect of four QOF indicators on psychiatric admissions to hospital using random effects Poisson regression. Their hypothesis (looking at results from similar studies in other chronic conditions) was that admissions will be reduced for practices that perform better on these measures. I’ll mention some details of the design that I’ll comment on later. 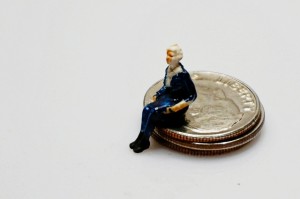 The Quality and Outcomes Framework (QOF) is a voluntary annual reward and incentive programme for all GP surgeries in England.

They used the QOF data set and multiple other sources for the SMI statistics at practice level. More interestingly they only used the Hospital Episodes Statistics (HES) to calculate admission rates.

They used these two indicators for all individuals with SMI:

They used 2 others for those individuals on Lithium (which the authors thought might only apply to those with Bipolar Affective Disorder).

The authors went to great lengths to properly adjudicate and control exception reporting (an allowable practice under QOF to enable practice to exclude registered patients that refuse to engage) as it could be potentially exploited by practices.

They used random effects Poisson regression models to relate psychiatric admissions per practice to QOF achievement, conditioning on potential confounding factors and a normally distributed GP practice random effect with zero mean and constant variance. I thought the assumptions were reasonable and the researchers conducted a great number of robustness checks for their assumptions. 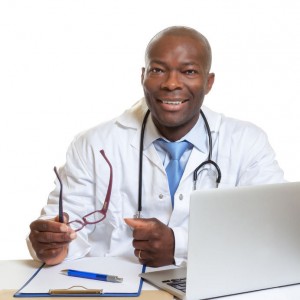 This is the first study to investigate the relationship between GP practice quality, as measured by 4 mental health QOF indicators, and psychiatric admissions in the English NHS.

For the main analysis there was a consistent positive association between QOF achievement rates and hospital admissions for all indicators apart from MH6 (documented comprehensive care plan). For MH9 (annual review), an additional 1% in achievement rates was associated with an average increase in the practice admission rate of 0.19%.

The researchers did various sensitivity analyses (including looking at the effect of exception reporting) and the results remained essentially the same. 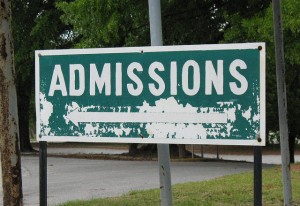 Practices with higher achievement on the annual review for SMI patients, had more psychiatric admissions.

The exclusion criterion for number of people with SMI would easily exclude practices that actively avoid having to deal with individuals with SMI, which is something that I have personally encountered many times. However this would not necessarily affect the research question at all, as they would not be engaging in QOF.

Using HES excludes all patients who are inpatients at independent healthcare provider hospitals who would be registered in the community with a GP and attending the surgery. The GPs would be reporting on them for QOF, but they would not be at risk of admission to hospital as they would be inpatients already. Also residing in a specialised mental health care home was not included anywhere as a covariate.

Weaknesses identified by the authors

Admission is not necessarily an adverse outcome. Annual reviews and having a care plan may prompt closer monitoring and a better identification of individuals at risk leading to admission rather than a very poor community outcome such as severe self-neglect, self-harm, violence, etc.

Individuals with difficult to manage SMI would gravitate to those practices that take achieving QOFs in SMI more seriously and provide a better service to these individuals. This again is true in my personal experience; patients do leave GPs that they perceive as incompetent or unsympathetic to their problem. I have encouraged them at times to do precisely this when it was clear they had a bad experience and I knew a more mental health friendly GP.

Are QOFs worth having from the patient perspective?

This is a worthwhile study attempting to answer an important question. I have problems with their definition of SMI and I am unsure about what their sample actually contained. The QOFs included where clearly process ones (care plan and annual review – I am not including the Lithium-related ones as they are so narrow and not relevant to even all individuals with bipolar affective disorder).

Are these QOFs worth having from the patient perspective? I believe they are for the following reasons:

Are QOFs likely in themselves to improve outcomes?

That is far less clear. I am worried about focusing on avoiding admission as a goal for QOF, I can easily see that leading to perverse incentives and unintended consequences. I think other outcome measures such as functioning, quality of life and independent living would be far more useful than avoiding admissions. 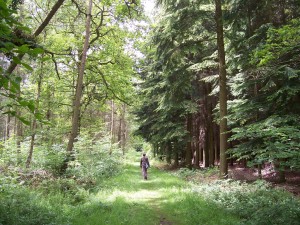 Functioning, quality of life and independent living are more useful outcomes to measure for people with severe mental illness.