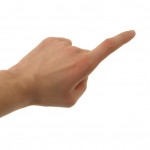 How is the economic downturn affecting the health of the nation?

It seems obvious to many of us that the mental wellbeing of people who are going through very tough personal and financial circumstances is likely to be seriously affected. Of course the ultimate price that people pay is with their lives and there has been a steady stream of statistical data published over recent years that makes for troubling reading.

Unemployment figures (based on number of claimants, therefore an underestimation) in England rose sharply in 2008 and 2009. In 2008, this rise was mirrored by a increase in suicides in men (up by 7%) and women (up by 8%), following the 20 year low that had occurred in 2007. Suicides continued to rise in 2009, but then fell in 2010, although they remain higher than the 2007 figures.

Trends in the numbers of suicides and unemployment claimants in England, 2000-10, by sex

Previous studies have shown that the suicide rate does tend to increase during economic downturns and that this association is stronger in countries that provide less social support and fewer employment programmes.

A team of researchers from the University of Liverpool, Cambridge University and the London School of Hygiene and Tropical Medicine have just published a time trend analysis that tests the hypothesis that regions in England with greater rises in unemployment will also experience increases in suicides. 2011 figures show that the West Midlands has experienced the greatest increase in unemployment (6.1%), while southeast England has had the least (2.7%).

The new study took data from two main sources, both of which provided regional figures that enabled the researchers to compare suicides and unemployment from one local area to another:

The researchers measured the total excess number of suicides attributable to the financial crisis by using a time trend model that estimated what the rates would have been if figures had continued to decline at the same rate as before the economic downturn. They also analysed the association between changes in unemployment and increases in suicide by region and sex using linear regression models.

The study provides evidence linking the recent increase in suicides in England with the financial crisis that began in 2008. English regions with the largest rises in unemployment have had the largest increases in suicides, particularly among men.

Unemployment and the unequal economic recovery in England are pressing public health issues. There is a danger that the human cost of continued high levels of unemployment will outweigh the purported benefits of budget cuts.

Readers new to this type of discussion about the association between our environment and disease might like to read the classic Austin Branford-Hill paper (PDF) on the subject published in 1965.

As I’ve said many times before, this type of study cannot prove a causal link between unemployment and suicides, although as the authors themselves say: “the strength of the effect size, timing, consistency, coherence with previous research, existence of plausible mechanisms” all make it hard to imagine what else could be responsible for this rise.

Last reply was August 15, 2012
Try out our members features!