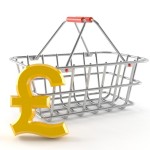 This report presents the 2011 update of the Minimum Income Standard (MIS), originally published in 2008. The standard is based on research into the items that members of the public, informed where relevant by expert knowledge, think should be covered by a household budget in order to achieve a minimum socially acceptable standard of living. Regular updates to the standard are based on research into what should be included in the minimum ‘basket’ of required goods and services, and on price changes that affect the cost of this basket. The 2011 update is based only on this second element, inflation.

Overall, the report shows that the minimum cost of living was about 5 per cent higher in 2011 than in 2010. This is only slightly ahead of general inflation, but several factors have combined to make it significantly harder for people to earn enough to reach the minimum. Minimum housing costs have gone up and support for childcare has reduced. Several other changes in benefits and tax credits have meant that, in particular, families with children need to earn significantly more in order to reach a given standard of living. Yet in practice, earnings have risen by less than general inflation, meaning that many people on low incomes are finding it substantially harder to make ends meet than a year ago.