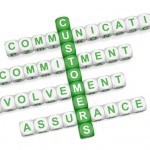 Patient safety has featured heavily in the news recently, with the Mid Staffordshire inquiry, childrens heart surgery in Leeds and the investigation into deaths of babies at Furness General Hospital.  It is a top priority for commissioners.  The Health Foundation recently published an evidence review Involving patients in improving safety (1).  This report follows a workshop held to build on the evidence review to consider some of the gaps in the evidence base, notably barriers and enablers to successfully involving patients and the public in efforts to improve patient safety.

Transparency and publication of data – role for commissioners

Commissioners will find this briefing useful for the consideration of barriers and enablers to engaging patients and the public effectively in improving patient safety.  The evidence scan (1) published in January 2013 will provide wider context of the evidence relating to collecting feedback; involving patients in service change; and encouraging patients to raise issues when they are receiving care.

The findings from this roundtable discussion will feed into the Health Foundation’s work on patient safety; more information can be found at http://www.health.org.uk/areas-of-work/topics/patient-safety/.