Home » Posts » Populations and settings » loneliness » AMSTEL study finds that loneliness increases the risk of death in older men, but social isolation does not 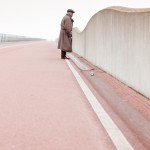 Some of the older elves in the woodland don’t join in with our social activities as much as they used to. The younger elves call them ‘cranky’ and laugh at them sitting alone in their tree houses. Personally I worry that they might be feeling lonely and I doubt that shutting themselves away from the rest of us is doing much for their health.

I was intrigued to see the findings of the AMSTEL study published in Psychological Medicine recently. It’s not a lager-tasting placebo controlled trial as some of you might presume, but a prospective cohort study of over 4,000 people from Amsterdam aged 65-84 years old. Older Amsterdammers aren’t so very different from older elves, so I read the paper with interest.

The authors were concerned about the impact that social isolation and loneliness can have on people, particularly if it can increase the risk of mortality. They randomly selected people from different age categories and ended up with a sample that was representative of Amsterdam’s elderly population.

They carried out structured interviews in people’s homes to find out how lonely and isolated they were. Loneliness was measured subjectively by asking them if they felt lonely and social isolation was assessed by finding out if they had help from their family, neighbours or any other form of home support.

Participants were followed up for nearly 10 years and associations between social isolation, feelings of loneliness and mortality were calculated using Cox proportional hazard regression models.

Feelings of loneliness rather than social isolation factors were found to be a major risk factor for increasing mortality in older men. Developing a better understanding of the nature of this association may help us to improve quality of life and longevity, especially in older men.

The limitations of this study include that:

Of course, these findings don’t mean that individuals can’t live independently and happily on their own. I’m going to keep inviting my local elf elders out for a regular game of boules and a walk around the woods.

Last reply was January 22, 2014
Try out our members features!