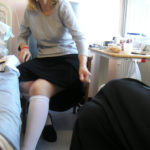 Woodland gatherings can be very useful things; bringing together a range of creatures to share knowledge and opinions. This is something we’ve explored a lot recently with our new #BeyondTheRoom service, which you can buy-in for your mental health events. Our team of experts come along to your event and massively increase the audience and reach of your event by live tweeting, podcasting and streaming. You can find out more on the new Beyond The Room website.

Conferences can also provide a relatively captive audience for a research project, which Noblett et al utilised at the Royal College of Psychiatrists Liaison Psychiatry Faculty Annual Conference in 2015 (I remember the project well and took part when I was there).

The objective was to explore the experiences of liaison psychiatry professionals; to gain a greater understanding of the quality of care patients with mental illness receive in the general hospital setting; the factors that affect the quality of care, and gain insights on interventions that could improve care. The results were published in the Journal of Psychosomatic Research in April this year (Noblett et al, 2017). 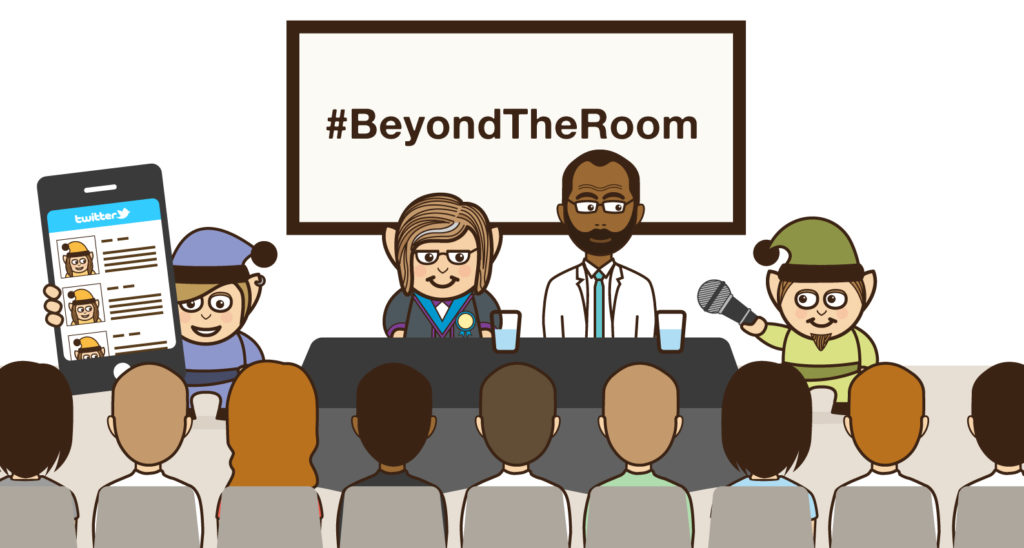 Find out more about our new digital conference service at beyondtheroom.net

To gain both quantitative and qualitative information, an initial questionnaire was distributed to delegates to obtain data regarding general views about the quality of care. If responders indicated that they would be willing to complete a face to face interview then a qualitative in-depth interview was completed during which they were asked to describe a specific case when they were concerned about the quality of care a patient with co-morbid mental illness received as an inpatient in a general hospital. Interviews were then reviewed with thematic analysis.

The questionnaire posed 19 questions, starting with ‘Have you ever been concerned about the quality of care patients with mental illness have received while an inpatient in a general hospital?’  Yes: 94/95 No: 1/95

The rest of the questions allowed responses related to the frequency of concerns occurring: The categories were: At least weekly, At least 6 monthly, Less frequently than 6 monthly and never.

4 questions had a majority response of at least weekly:

11 questions had a majority response of at least 6 monthly:

3 questions had never as the majority response:

During the interviews, the following interventions were suggested as possibilities for improving care:

However, there was little in the way of information as to the implementation of the interventions obtained.

The consensus was that the liaison team needs to play a key role in changing the knowledge, attitudes and behaviour of general hospital staff by providing support, reassurance and education. 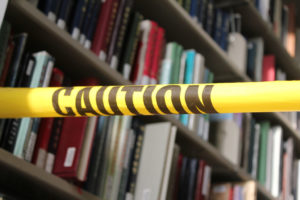 This study identified ‘diagnostic overshadowing’, ‘poor communication with patient’, ‘patient dignity not respected’ and ‘delay in investigation or treatment’ as areas of concern for patients with co-morbid mental illness.

the quality of care received by patients with co-morbid mental illness is lacking, the consequences of which could be contributing to physical health disparities.

The paper sets out it’s stall early on stating that the theme of potential diagnostic overshadowing in general hospital inpatient wards requires further study; citing 2 other studies (with an overlapping author to this paper) looking at diagnostic overshadowing in the emergency department (Jones et al, 2008; Nash, 2013). My understanding of ‘diagnostic overshadowing’ is that it refers to the process by which a person with a mental illness receives inadequate or delayed treatment on account of the misattribution of their physical symptoms to their existing mental illness. The paper identifies a lot of the results as being related to diagnostic overshadowing and certainly I have seen this happen several times within general hospitals. However, I do question whether this is totally accurate. Some themes may be due to lack of knowledge, e.g. misidentifying a delirium as a psychotic disorder, or indeed may even fall under the challenges of care to all patients within an Acute Hospital. The questionnaire itself would have benefitted from a time period somewhere between weekly and 6 monthly; especially given the fast pace within general hospitals maybe at least monthly would have been useful?

There is no doubt though that the specific results from this study are important in the broader picture. I would be interested to see if general hospital medical staff were given the same questionnaire, and answered through their lenses, whether similar results may occur for all patients (with and without mental illness). By specifically questioning in relation to patients with co-morbid mental illness, are we falling into the trap of lacking parity?

Liaison teams provide an invaluable service and are improving care for patients day on day; particularly in those complex cases. Stigma thankfully does appear to be reducing (see the ‘never’ question results) and it is reassuring that the interventions suggested fall within the recognised strategic direction for improving mental health care within general hospitals. Finally, it is good to hear that it was acknowledged that it is the dual responsibility of both the general hospital staff and liaison staff to improve care. Liaison provision is imperative, but they can’t do it all on their own.

On a personal note, as of next week I will be taking all my experience within Liaison and applying it within the Community woodland setting; Liaising across the primary and secondary care interface; the principles of parity and integration can after all be applied across many boundaries!

But, my parting Liaison sentiment would be; if you have a problem, if no one else can help and if you can find them….they could be the A-team.