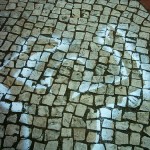 According to Time to Change, over a third of the public think people with a mental health problem are likely to be violent.

The quotes throughout this post were from the first five news stories that came up when I searched Google for the word “Schizophrenic”. One is from a reader’s comment on the article. I decided not to use any more of these when even one article’s comments contained enough stigmatising language against people with mental illness to fill three textbooks and a toilet wall.

People with a diagnosis of schizophrenia in particular are often viewed as being violent and dangerous. Stigmatising language towards people with mental illness is often used to describe violent crimes where there is no apparent connection of the crime to the perpetrator’s mental health. If you don’t think so, you’re probably some kind of “psycho nutter”.

A paranoid schizophrenic stabbed his mother to death after convincing himself his parents were part of a satanic paedophile ring.

Hit by a schizophrenic motorist who claimed voices in his head told him to drink-drive.

The study I’m summarising in this blog was conducted by the National Confidential Inquiry into Suicide and Homicide by People with Mental Illness (NCI). Their aim was to assess how often victims of homicide were current patients of mental health services. This study aimed to assess how often victims of homicide are current mental health patients and their relationship to the perpetrators.

Data for the case series were collected over four stages:

The data for all suspected homicide offences in England and Wales between 1st January 2003 and 31st December 2005 were obtained from the Home Office Statistics Unit via the Homicide Index (comprehensive information about all offenses recorded as homicide).

This study only included confirmed victims of homicide. Information about the victims was sent to the main hospital and community National Health Service serving the health district in which the homicide occurred and in cases where the victim had contacted mental health services within the 12 months before their death, a questionnaire was sent to the clinician responsible for the patient’s mental health care. This questionnaire was completed along with members of the mental health team using the physician and team’s personal knowledge and the patient’s notes.

For the homicide perpetrators, the NCI database was used to determine whether they had been in contact with mental health services within the 12 months before their offense. Where contact had been made, a questionnaire was completed in a similar manner as for the victims. The study looked at all confirmed homicides during 2003-2005. This study shows that this deliberately inflammatory headline should actually be the other way round.

If you can put the blame on mental illness for this kind of behaviour then you need to be under lock and key as you’re a danger to society.

The study only included victims of homicides that led to a conviction. The sample only contained people who were patients of mental health services and not people with a mental illness who were not under specialist mental health care. It is therefore likely that the study underestimates the true rate of mental illness in victims of homicide. However this should only serve to further highlight the vulnerability of this population.

The study was an observational design and so no causes or causal factors for the findings can be identified. This makes it difficult to make recommendations for the prevention of homicide against people with a mental illness from these findings alone. The identification of patients with mental illness who are at risk from violence should be an important part of the clinical risk assessment.

The increased risk of people who have a mental illness and are patients of mental health services for being a victim of homicide should underline the need for services to protect such vulnerable adults.

The media when reporting violent crime may want to refer to guidance from organisations like Mind and Time to Change, especially when that crime does have an actual connection to a person with a mental illness, Although as we have seen, the headline is more likely to be “Individual with history of mental health victim of crime” than “Individual with history of mental ill health commits crime.”

Last reply was September 17, 2014
Try out our members features!