Home » Posts » Populations and settings » commissioning » The mental health impact of involuntary unemployment: the recession and the people of Bradford 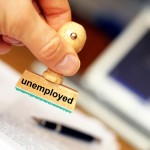 The Joseph Rowntree Foundation have today published five reports focusing on the impact of the recession on the people of Bradford. One study looked at the impact that involuntary unemployment can have on people’s mental health and well-being by investigating the coping strategies and emotional support that people require when they experience stressful life events such as unemployment.

The study was based on 16 focus group interviews with a total of 73 people (33 men and 40 women) who had involuntarily lost their jobs at any point since July 2008.

The literature on the relationship between macroeconomic changes and population health shows that governments can play a crucial role in cushioning the effects of unemployment on people’s mental health by adopting policies that keep people in or reintegrate them into work.

At local level, the following interventions could contribute to promoting mental well-being and resilience among unemployed people at a time of economic recession: