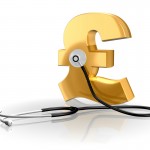 David Flory, Deputy NHS Chief Executive, issued a letter today which provides information on plans for Payment by Results (PbR) in 2012-13. These plans include an expansion in the scope of PbR into areas such as adult mental health, and a further increase in the coverage of best practice tariffs. He also highlights the publication by the Department of Health of a draft of the mental health PbR guidance for 2012-13.

A final version of the PbR guidance will be published later this year.