Home » Posts » Other health conditions » cancer » Valuing mental health as much as physical health: new report from the Royal College of Psychiatrists 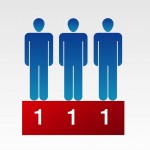 The Royal College of Psychiatrists has today published what they are calling a landmark report on achieving parity between mental and physical health. Mental health research continues to receive significantly less funding than other areas of health, such as cancer

In 2010, the overall economic and social costs of mental health problems were estimated at £105 billion. Mental health research receives just 6.5% of the total funding available, compared with 25% for cancer, 15% for neurological diseases and 9% for cardiovascular conditions.

The report makes a series of key recommendations for government, policy-makers and health professionals, as well as the new NHS structures coming into force on 1st April including the NHS Commissioning Board, Clinical Commissioning Groups and Public Health England.

The Government says it wants to put mental health on a par with physical health, but this report shows how much work needs to be done to make that a reality.

Nowhere is this more apparent than in the fact people with severe mental illness on average die 20 years younger than the rest of the population because they don’t get the support they need for their physical health. Last year The Schizophrenia Commission highlighted that mental health accounts for 23% of illness but receives only 13% of the NHS budget, and it is vital that we address this disparity.

This report shows clearly what needs to change. We urge the Government to take these recommendations on board and to put its words into action.

The report can be downloaded from:
http://www.rcpsych.ac.uk/usefulresources/publications/collegereports/occasionalpapers.aspx