Today I’m at the House of Commons in London with my colleague Vanessa Garrity. We are live tweeting and podcasting the launch of the new Zero Suicide Alliance a collaborative of NHS Trusts, Businesses and Individuals who are all committed to suicide prevention in the UK and beyond.

The alliance is ultimately concerned with improving support for people contemplating suicide by raising awareness of and promoting FREE suicide prevention training which is accessible to all. The aims of this training are to 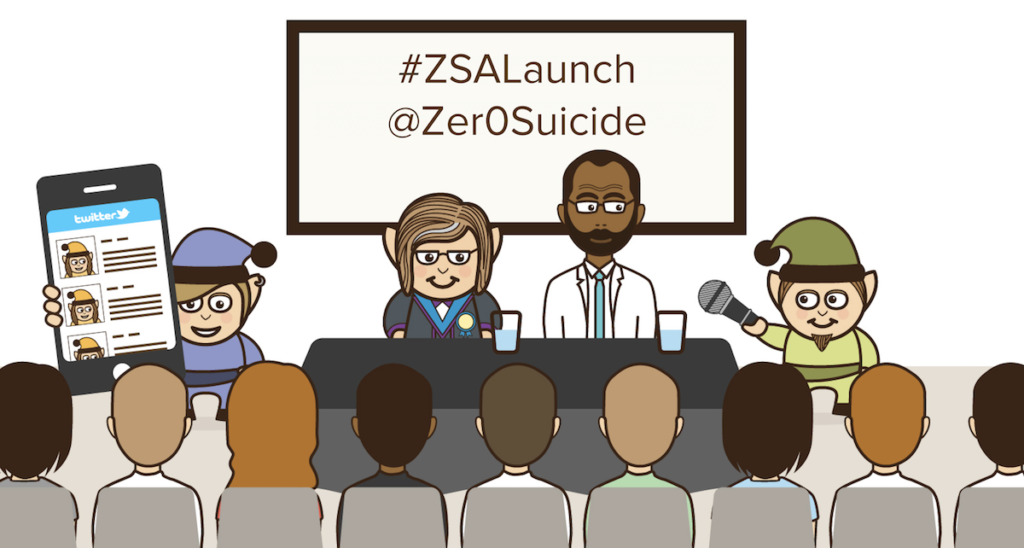 Join us on Twitter from 4-6pm. We’re taking the #ZSALaunch Beyond The Room!

What is the Zero Suicide Alliance?

The Zero Suicide Alliance (ZSA) is a coalition of like-minded partners determined to work together and share best practice to help rid the UK of suicide. The ZSA has already attracted substantial support and formal membership from across the mental health system. This includes approximately half of the NHS mental health trusts in the country and a quarter of the Clinical Commissioning Groups (CCG), together with many organisations from emergency services, local government, charitable enterprises, major employers and community groups.

Why is the number zero so important?

The concept of zero suicide is inspired by the Henry Ford system in Detroit, which began a programme of screening every patient for risk of suicide, not just those with mental health issues, in 2001 and enjoyed significant results. The suicide rate among its patient population fell by 75% within four years and by 2008, they eliminated all suicides among people in their care.

Some people believe having a similar aim to reach zero suicide within the UK is an over-ambitious objective. Yet the founding members of the ZSA asked themselves, if the target is not zero, what is an acceptable number for deaths by suicide? The Zero Suicide Alliance aims to challenge the thinking that simply reducing suicide rates is enough. The Zero Suicide Alliance believes that no death by suicide should be regarded as either acceptable or inevitable. Each and every one of them has an incalculable impact on those who know the deceased and has huge impact on society in general, the local community and its resources. Every single suicide is a tragedy because it is another person who either felt unable to ask for help or did not know how to access it. The Zero Suicide Alliance aims to change that, embedding best practice throughout the country and raising the public awareness of this often taboo subject.

Listen to our live #ZSALaunch podcast

Are you organising a mental health event? Find out more about how our #BeyondTheRoom live conference service can increase the reach and impact of your conversation.