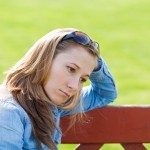 The National Confidential Inquiry into Suicide and Homicide by People with Mental Illness was established in its current form at Manchester University in 1996. From 1991, prior to the move to Manchester, research in this area had been managed within the Royal College of Psychiatrists.

The NCISH has established an outstanding national and international reputation for the quality of its research.  It uses a range of methodologies such as case-control studies, psychological autopsy and data linkage along with access to other large health data sets, such as practice lists, to explore the difficult and troubling subjects of suicide and homicide. The NCISH has produced a series of reports which are aimed at learning the lessons from these terrible personal tragedies and improving practice across mental health and related services.

The unit’s previous report highlighted the fact that though the number of homicides by people with mental health problems had fallen, the number of suicides in this group has actually risen. A rise in suicides is associated with a period of economic austerity where people face increased financial and social pressures, but there are reductions in public health and general welfare provisions. Last month saw the publication of the new NCISH report into suicide in primary care in England. The research team used the Clinical Practice Research Datalink (a database that holds over 5 million electronic patient records) and Office of National Statistics (ONS) data. The study also examined the patterns of prescribing.  It concluded that patients who died by suicide were: The report has some very important messages for primary care, which it should be remembered is the focus of most mental health provision.

The study indicates that mental illness amongst those who eventually die by suicide is frequently unrecognised in primary care. The current pressures on such services might increase these risks.

However, there is also an issue here about outreach working and encouraging individuals to seek support.  As the report notes, non-attendance is an indicator of increased risk.  This is a much wider public health issue as this pattern can be seen in other areas of health care for the groups that are most at risk – young males in particular.  This is an area where the voluntary sector and other agencies such as colleges, community groups have a key role to play.