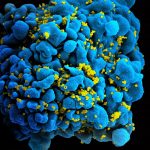 The role of physical illness has received little attention in psychiatric research as a potential marker of suicide risk despite emerging research evidence suggesting that as many as one in ten people who die by suicide were suffering from a chronic illness at the time of their death (Bazalgette, 2011).

Elevated levels of markers of inflammation have also been found in the brains of people who have died by suicide (Pandey, 2012; Steiner, 2008; Tonelli, 2008), suggesting that acute physical illnesses caused by infection might also be associated with an increased risk of suicide.

Viral infections that can cross the blood-brain barrier, such as influenza, have been associated with suicidal behaviour (Okusaga, 2011). Rates of suicidal ideation have also been found to be higher in those infected with the Human Immunodeficiency Virus (HIV) (De Aledida, 2016) and hepatitis C (Lucaciu, 2015).

These studies have tended to rely on cross-sectional research designs, thereby precluding clarification of whether infection lies on the causative pathway towards suicide, or alternatively, whether it is merely coincidence that patients who engage in suicidal behaviour also have brain markers suggestive of infection and inflammation (Black, 2015; Brundin, 2016). For these reasons, longitudinal population-based research, in which people are followed prospectively over time, is required to help understand the role of infection in suicide. 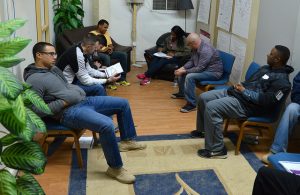 Emerging research suggests that infection may be associated with an increased risk of suicide. But could infections cause suicidal behaviour?

A cohort study of all Danish citizens, aged 15 years and older at January 1, 1980, was therefore undertaken to investigate the prospective risk of suicide associated with the number of hospitalisations a person had for different types of infection over a maximum follow-up period of 32 years.

The risk of suicide varied by infection type, with the highest risk for those hospitalised for HIV or Acquired Immune Deficiency Syndrome (AIDS):

The risk of suicide also appeared to vary by pathogen type, with risk slightly higher for ‘other’ pathogens (including parasites, prions, etc.) infections:

The risk of suicide also appeared to increase in a linear fashion as the number of hospitalisations for different infections each person had increased: 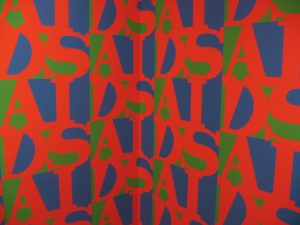 These results suggest that infections may play a part in the pathophysiological mechanisms of suicidal behaviour.

The authors conclude that being hospitalised for an infection at least once is associated with a 42% increased risk of death by suicide.

The authors also found that having an infection remained significantly associated with an increased risk of suicide even in those without a diagnosis for a major psychiatric disorder, suggesting that the association between infection and suicide cannot be solely explained by psychiatric history.

This paper addresses an important gap in the research literature by making use of a longitudinal, population-based sample to prospectively investigate the association between infection and suicide in the community over a long follow-up period (32 years).

Denmark, like many Scandinavian countries, has an established method of linking together nationwide registries using unique, personal identification numbers. All persons living in Denmark, including migrants and temporary residents, are assigned a unique personal identification number. This number can then be used to identify persons in the various databases held by the Danish Civil Registration System, including the Danish National Hospital Register, the Psychiatric Central Research Register, and the Cause of Death Register.

Exposure status in this study were identified from an episode of infection treated in hospital-based settings for the first half of the follow-up period (1980 to 1995). Consequently, persons with milder infections not necessitating hospital treatment would not have been included. Those treated in either hospital or outpatient services were, however, included from 1995 until the end of the observation period. Nevertheless, those with undiagnosed infections would still not have been included in the study. Residual confounding therefore cannot be ruled out.

Second, the authors were unable to adjust their risk estimates for history of previous self-harm or suicidal behaviour as these behaviours are currently not captured in the Danish hospital data registries. Given that previous self-harm is amongst the strongest risk factor for suicide (Zahl, 2004), this may reduce the association between infection and suicide to non-significance. Future research should therefore adjust for prior non-fatal suicidal behaviour in addition to sex, age, and other relevant confounders.

Lastly, residents of Greenland and the Faroe Islands are not included in the Danish Civil Registration System (Schmidt, 2015). However, although the incidence of suicidal behaviour in the Faroe Islands is low (Wang AG, 2006), suicide rates are higher in Greenland as compared to Denmark (Bjerregaard, 2015). The exclusion of Greenlanders from the present study may therefore have introduced bias.

This study demonstrates an increased risk of death by suicide among individuals hospitalised at least once for an infection. The authors estimate that as many as 1 in 10 suicides could be prevented if interventions could be developed to eliminate all infections from the community.