Home » Posts » Mental health » suicide » How should we assess suicide risk in mental health services, or should we stop doing it? 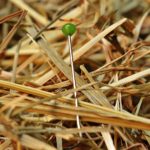 Professionals working in mental health services, but also social care, general health services, criminal justice, and many other public services, often need to make decisions based on some evaluation of the likelihood of future bad outcomes, such as suicide or physical violence. This process, risk assessment, is widespread, and often involves the professional completing structured tools (often in the format of a questionnaire), and on this basis classifying the person into levels of future risk.

A professional who wishes to carry out a risk assessment, e.g. for future suicide risk, will sometimes select from a list of available tools and select an appropriate tool. Tools often require some specific training, and a dedicated meeting with the service user in order to complete this. More often, professionals generate unstructured assessments of risk, based on their professional judgement. 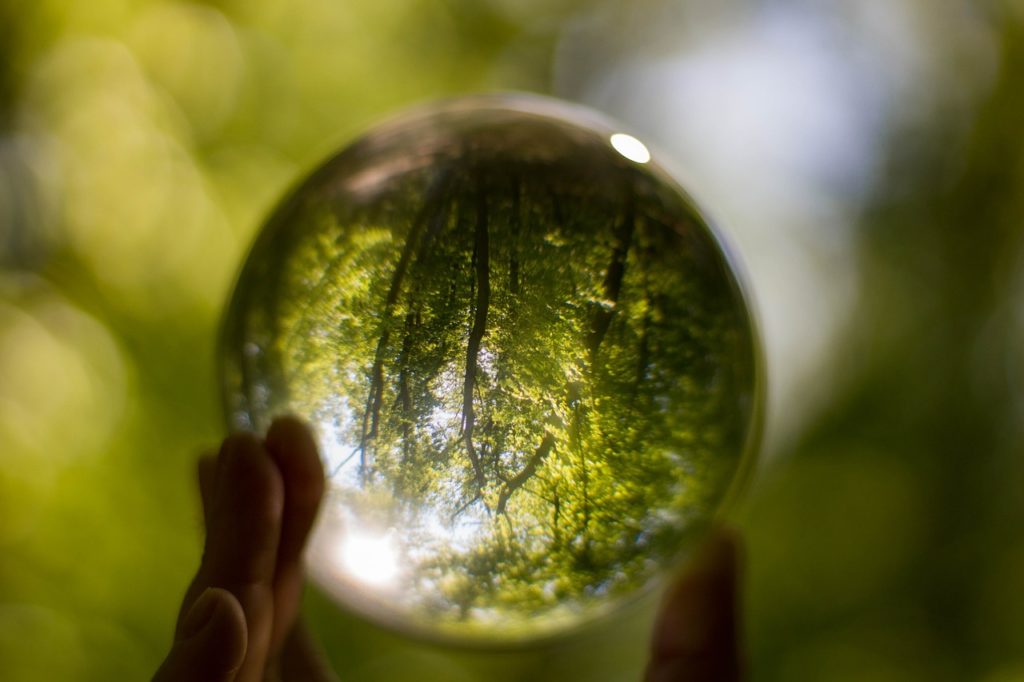 Many bad outcomes such as violent crime and suicide are rare, so predicting when they are likely to happen is extremely challenging.

The effectiveness of risk assessment

Ultimately the quality of risk assessment processes is driven by the frequency of adverse outcomes. Given that many bad outcomes, including violent crime and suicide, are rare, prediction is extremely challenging. This crucial challenge has been taken up by statistical methods that aim to summarise previous data on what factors predict a particular outcome, so that clinicians can meet the next service user and make an accurate assessment of future outcomes (“clinical prediction”). The idea is that this information can therefore be used to guide later management.

Although sometimes controversial, these statistically informed risk assessment tools have been proposed as complementary to usual clinical care. Risk assessment is part of routine mental health practice, it is argued, and tools based on data, if used appropriately, can be important aids to decision-making.

Currently used risk assessment tools are labour intensive, expensive and impractical for wide scale implementation, for example in generic mental health services. Few existing risk assessment tools are empirically derived and validated; in other words, it is impossible to work out, for most tools, how the variables included in the tools were selected, and how decisions were made on the number of items to include in the tool, or how accurate the tool is in predicting the relevant outcome (Fazel et al, 2018). Nevertheless, well performing tools may be useful indicators of baseline risk, and as a way of identifying higher risk individuals. 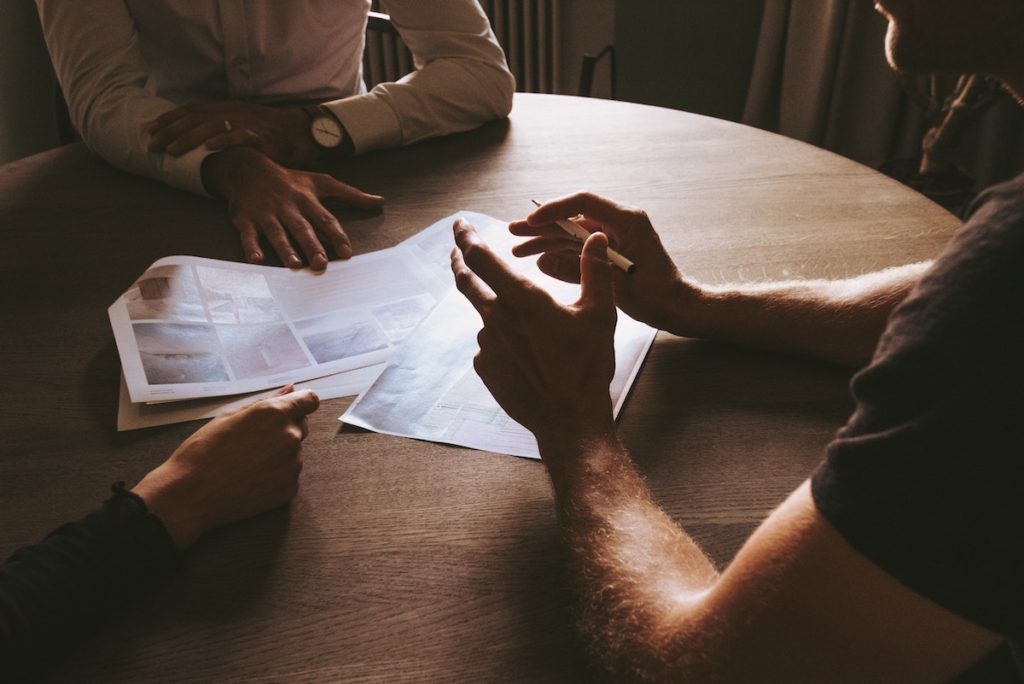 Clinical prediction tools aim to summarise what is known on the risk factors for a particular outcome in a particular population, so that this information (in the form of weights applied to certain risk factors) can be used to guide clinical decision-making. Therefore, deriving a prediction tool involves studying the occurrence of the outcome you are interested in, in this case suicide, in the population in which you want to implement the tool, in this case people with severe mental illness.

The investigators wrote down what they were going to do before they started the study. In this study, the authors used Swedish national registers to follow up all Swedish individuals aged 15-65 with a diagnosis of severe mental illness, which included schizophrenia and bipolar disorders, with diagnoses made between 1 Jan 2000 and 31 Dec 2008, for episodes of admission. They identified 75,158 patients, in whom there were 574,018 admissions. For each patient they selected one admission at random. Each individual was followed up from the day of discharge from that admission, for one year. The outcome for prediction was suicide, which incorporated deaths coded as suicide according to the 10th edition of the WHO international classification of disease (ICD-10), and deaths that were coded as undetermined. Information on risk factors for suicide was taken from other administrative registers in Sweden, including information on sociodemographic risk factors, medication, and previous violence conviction. The authors developed a statistical model for suicide in this cohort, ignoring deaths from other causes, and ignoring emigration from Sweden during the study period.

In order to select which variables to include in the final tool (see table 1 below), all the risk factors were grouped into the presumed strength of the association with suicide. They left out any variables where more than a third of admission had missing data. For the other variables, missing data was “filled in” based on assumptions about the reasons for data being missing, a method called multiple imputation. In multiple imputation, you fill in missing values based on what you know about the values of the variable that is missing, based on the data that are present, and use this model to predict the missing values, creating an imputed dataset. A number of imputed datasets are created, combined, and then the main model is derived based on this combined data.

Table 1 (above): A list of predictor variables included in the final tool. Each variable is accompanied by a number (an odds ratio) reflecting the strength of association with suicide, which can be considered a measure of how each variable is weighted in order to produce the final estimate of probability. With thanks to Fazel et al.

Prediction tools and how to make one

Prediction tools are usually based on a type of regression model. Regression models are summaries of the relationships between a series of variables and some sort of outcome of interest, based on data, and some assumptions about how the data came to be generated. When appropriately developed, these models summarise previous data on which variables predict and outcome, and how strongly, so that this information can produce an overall estimate of future risk. Therefore, the idea of a prediction tool is that at the point of carrying out the tool on a patient, relevant clinical and sociodemographic information could be entered into the equation, to estimate the risk of a future outcome.

Building the initial tool, based on data you already have, is the easy part. The next step is to test if the tool is accurate at predicting the outcome. This process is called validation, and is done in two steps (ideally).

During internal and external validation, Fazel et al. used various accepted measures of accuracy. These measured reflected how good the tool was at distinguishing those who did and did not die of suicide, whether the tool was generally inaccurate in a consistent way, how well the tool reclassifies patients compared to other possible tools, and how often the tool was right (in either direction, i.e. at predicting suicide, and at predicting no suicide). The authors published the final tool online as a web calculator, for public use.

The investigators classified possible predictor variables into three groups, in order of presumed strength (basically, how well each variable was expected to predict suicide): 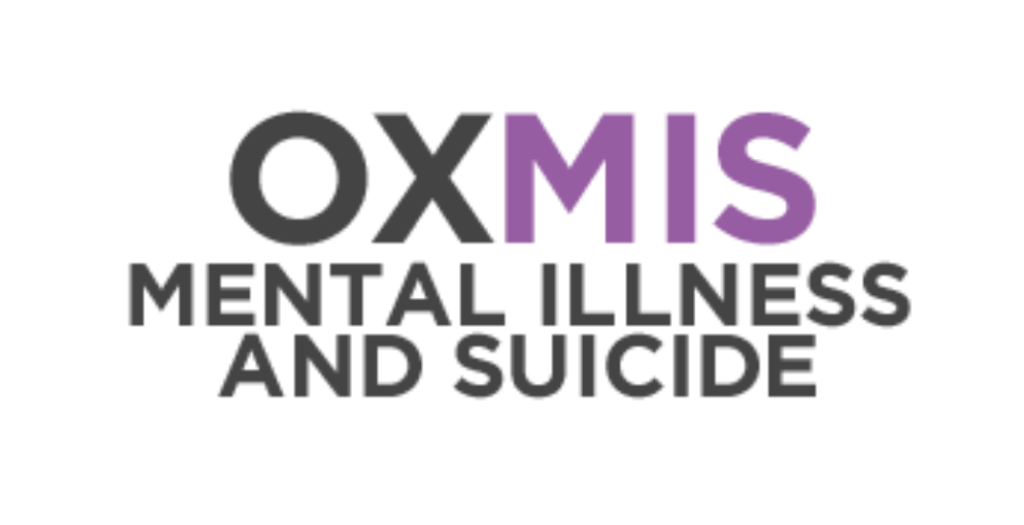 Of around 75,000 people diagnosed with schizophrenia in this study, 59,000 were used as the basis for developing the prediction tool, and the remainder, around 16,000, for validation. There were 494 suicide deaths in the first group, and 139 deaths in the validation group. The strong predictors of suicide in this group were as expected:

The final tool showed good discrimination; that is, it turned out that the tool was good at differentiating between higher and lower risk people. The investigators estimated that around three-quarters of people who died by suicide had higher scores, based on this tool, than those who did not, suggesting that the tool was good in this regard. Predicted and actual probabilities were very similar, also indicating that the tool was well calibrated. The tool achieved similar measures of performance in the derivation data and the validation data.

At this stage, the tool estimated the true probability of later suicide (i.e. a number ranging from 0 to 1). On the other hand, clinical decisions often depend on applying cut-offs for decision-making based on acceptable levels of risk, and this was investigated in the subsequent steps. The authors applied a cut-off of 1% risk of suicide in one year, finding that in these circumstances the tool was:

The study used routinely collected data to produce a tool for predicting suicide, including a list of variables (such as age, diagnosis, gender), with weights, used to derive an overall probability of later suicide. When comparing this tool with the actual observed data, the tool performed reasonably well. This is the first tool developed and externally validated to predict suicide in bipolar disorder and schizophrenia.

The OxMIS tool is presented as web-based calculator to give a personalised estimate of risk, to guide clinicians assessing suicide risk. The authors suggest that methods to derive a continuous measure of suicide risk could raise the overall quality of risk assessment, allow discussion between clinicians from different teams, and transparent communication on risk.

It is important to point out that the tool (and indeed, any tool of this type), incorrectly classifies a proportion of people who get the outcome, and therefore that the tool should not simply supersede usual clinical indicators. The tool could be seen as a cost effective summary of existing clinical knowledge, given that the tool is derived on data from a sample receiving interventions, and clinical assessments of risk. Such tools are also able to cope with uncertainty about the nature of some of the variables, such as employment status, or diagnosis. 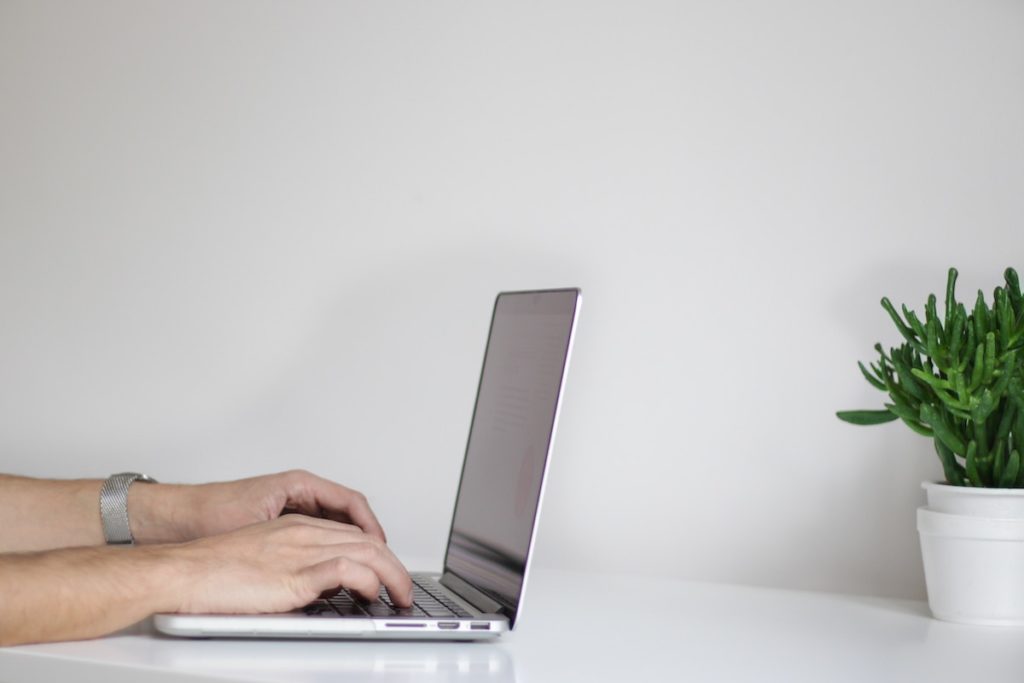 This is the first tool developed and externally validated to predict suicide in bipolar disorder and schizophrenia. The authors suggest that a scalable prediction score for suicide in individuals with severe mental illness is feasible.

Using data on which factors tend to predominate in people with schizophrenia and bipolar disorder who end up dying by suicide, statistical methods are used to produce a tool, which you can use in a clinical situation to produce an estimated probability of dying by suicide. The paper reports the development and validation of one such clinical prediction tool, but says very little directly about how it might work in practice, e.g.

The authors suggest that the tool might be used to identify low risk individuals who might be safely discharged, by providing a transparent quantitative summary of risk, with thresholds that might be changed from service to service.

Interventions to reduce suicide risk need to be prioritised according to need and risks, and this tool offers an approach to doing so. By providing the user with a probability score, it allows the application of different cut-offs, and balances between false positive and false negative predictions, based on the setting. 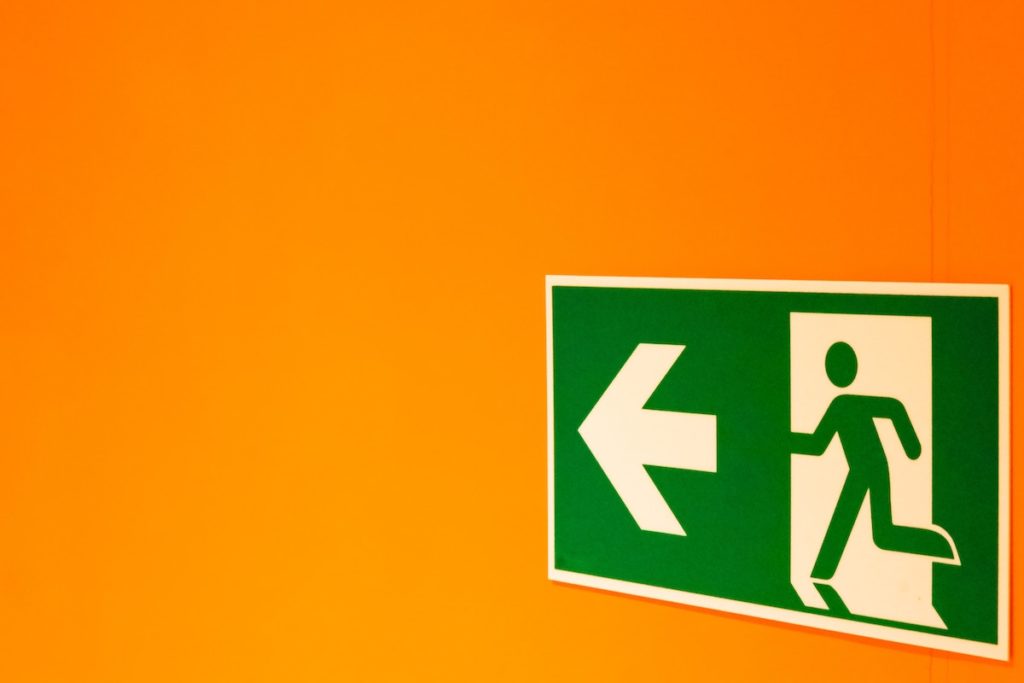 Could the OxMIS tool be used to identify low risk individuals who might be safely discharged, by providing a transparent quantitative summary of risk, with thresholds that might be changed from service to service? 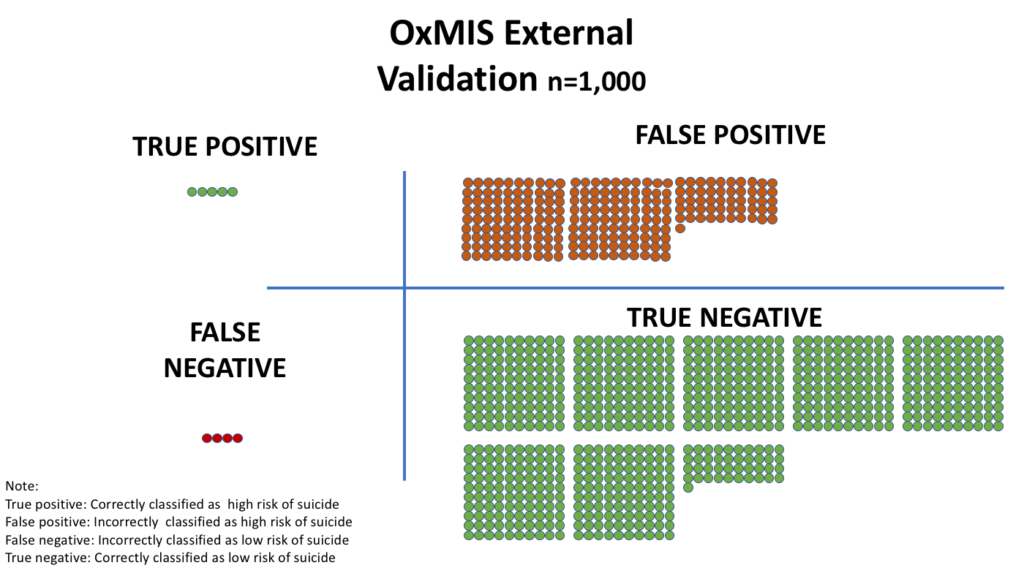 I have no conflicts of interest to declare in relation to this blog.