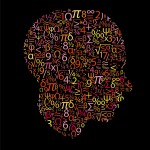 World Health Organization statistics estimate the global annual suicide rate to be 16 per 100,000 people or about one million people per year. The rate of suicide attempts is about 10-15 times higher than the actual suicide rate.

The authors searched a range of databases and found 31 studies to include in their analysis, published between 1963 and 2009.

There is a lack of systematic assessment of the reliability of suicide statistics. Few studies have been done, and few countries have been covered. The findings support the general under-reporting of suicide. In particular, nationwide studies and comparisons between countries are lacking.