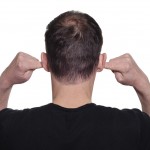 Despite public campaigns to combat stigma around mental illness, people with mental health problems still face ongoing discrimination. And while some sections of the media focus on mental illness in cases of violence, a rise in the number of people who are more of a risk to themselves goes unnoticed.

We still find it difficult to discuss such issues. For example, people in hospital for mental health reasons rarely receive the “get well soon” messages other patients do. And in the some areas of the media, there’s still an obsession over the relatively rare cases when a person with a mental health problem commits a serious violent offence. The authors suggest this fall may be attributable to the better management of patients with dual diagnosis – those who have a major mental health illness and a substance misuse problem. The report also argues that the introduction of community treatment orders – which allows conditions such as what medication to take and where to live to be placed on people who are discharged from hospital – may be a factor in the more effective management of patients with the most complex needs.

The data also show that the victims are much more likely to be spouses or family members than strangers. This is not to diminish in any way the impact of these awful events, but it demonstrates how complex these cases are and how difficult they are to prevent.

Comprehensive figures for homicide and mental illness show that in 2001-2010 an average of 74 patients per year were convicted of homicide in the UK. When people with symptoms of mental illness are added, the total rises to an average of 115 per year. These are perpetrators – the corresponding figure for victims, taking account of multiple homicides, is 122 per year. All these figures appear to be falling. The report highlights another, very worrying trend in the suicide rate among people with mental health problems. The bare facts are startling; provisional figures suggest about 1333 such deaths in England in 2011 – an average of three each day and up from 1175 recorded in 2010. Collecting this information is a complex process involving a number of agencies such as coroners’ courts and the final year covered in the report, 2011, has yet to be completed.

But the figures suggest that in people with mental illness the number is rising. And a disproportionate amount happens in this group – about a quarter of suicides are by people who have been in contact with mental health services, according to a previous study.

A rise in suicides is a phenomena in periods of austerity or economic difficulties as we are going through now. However people with mental health problems can face a number of additional difficulties.

A 2004 report into social exclusion emphasised that people with mental health problems must overcome enormous barriers to accessing employment. Despite the fact that discrimination on the basis of mental health status is illegal, the report highlighted that such practices continue.

The changes to the benefit system, in particular the assessment of individual’s capability at work, is producing further pressures. The “invisibility” and fluctuating nature of mental health problems can also make it very difficult for individuals and carers to document adequately – that is, to the satisfaction of the assessors – the impact mental illness has on their day-to-day lives. This produces a situation where an individual is assessed as “fit for work” but can’t find employment because of discrimination and stereotypical attitudes.

The whole process of reassessment and possible financial implications is, of course, inherently stressful for the individuals involved.

One of the key recommendations of the Manchester University report is that if the increase in the suicide rate is to be reversed, then community mental health services will need to ensure people with mental health problems receive appropriate support in areas such as housing, benefit payments and debts.

The stark reality is that the pressure on all public service agency budgets mean that such advice will be needed by more people but will be more difficult to access.

Ian Cummins does not work for, consult to, own shares in or receive funding from any company or organisation that would benefit from this article, and has no relevant affiliations.

This article was originally published at The Conversation.

Safety First: Five-Year Report of the National Confidential Inquiry into Suicide and Homicide by People with Mental Illness (PDF). Department of Health, 2001.