Home » Posts » Mental health » substance misuse » Prescriptions for alcohol dependency increase once more, but attitudes to drinking are on a downward trend 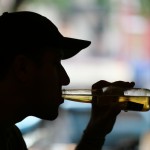 The NHS Information Centre have published their annual series of reports about alcohol use and misuse.  The reports cover a range of issues including drinking habits and behaviours among adults (aged 16 and over) and school children (aged 11 to 15), drinking-related ill health and mortality, affordability of alcohol, alcohol related admissions to hospital and alcohol-related costs.

The report finds that there is a long-term downward trend of the proportion of adults and children who reported drinking in the week prior to being interviewed:

The attitudes that school children have towards drinking seem to have changed in recent years:

Other headline figures from the report are: