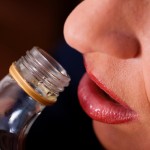 NICE have published a new evidence summary (PDF) on the problems associated with alcohol misuse, which augments the clinical guideline (PDF) that came out 2 years ago.

This is a fast moving area, so quite a significant amount of research has been produced in the last 2 years, which may have an impact on clinical practice.

The authors searched a wide range of databases and found 14 new research studies worth including (from an initial list of over 4,000), all of which had been published from 1 Mar 2012 to 8 Aug 2012.

The expert advisory group working on this update decided that none of the key findings are significant enough to have any impact on the existing NICE guidance. However, the summarised the key findings as follows:

This update also flagged up two new treatment uncertainties that were added to the DUETs website:

So the bottom line here is that no major research has been published in the last couple of years that will change the recommendations in current NICE guidance.

However, the new evidence found in this update will be of interest to those working in the field of alcohol misuse. Particularly the research relating to treatments that do not currently have UK approval to be used as interventions for harmful drinking.