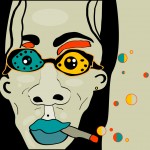 The NHS Health and Social Care Information Centre have published their annual report on drug misuse in adults and children, which this year includes a focus on young adults.

This report is largely a bringing together of data from previously published documents from the NHS Information Centre, the Home Office, Office for National Statistics or the National Treatment Agency for Substance Misuse.  The report does include some new information on hospital admissions related to drug misuse.

The main topics are: