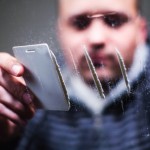 The NHS Information Centre have published their annual statistical report presenting information on drug misuse among both adults and children, which this year has a focus on young adults.

The bulletin also summarises Government plans and targets in this area, as well as providing sources of further information and links to relevant documents.

The topics covered include:

* The increase in 2011/12 may be a real change or in part may be due be to changes in recording practices (in this year or previous years). This may be particularly relevant for admissions with a primary or secondary diagnosis where some of the increases may be attributable to changes in recording practice. Analysis has shown some of this increase was accounted for in the ‘other stimulants’ category and ‘multiple drug/psychoactive substance use’. Further years’ data may be required to aid interpretation of these statistics.