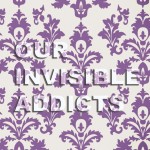 The NHS must wise up to the “growing problem” of drug and alcohol misuse among older people, according to a new report published today by the Royal College of Psychiatrists.

The report, written by the Older People’s Substance Misuse Working Group of the Royal College of Psychiatrists, warns that not enough is being done to tackle substance misuse in our aging population – making them society’s “invisible addicts”.

The report pulls together evidence to highlight the extent of the problem:

The traditional view is that alcohol misuse is uncommon in older people, and that the misuse of drugs is very rare. However, this is simply not true. A lack of awareness means that GPs and other healthcare professionals often overlook or discount the signs when someone has a problem. We hope this report highlights the scale of the problem, and that the multiple medical and social needs of this group of people are not ignored any longer.

The Working Group makes a series of key recommendations including:

Dr Tony Rao, a consultant in old age psychiatry and member of the Working Group, said:

We are witnessing the birth of a burgeoning public health problem in a ‘baby boomer’ generation of older people for whom alcohol and drug misuse is growing. There is a pressing need to meet this need with primary, secondary care and tertiary care services that can offer timely and effective detection, treatment and follow up for a large but hidden population.

Last reply was January 10, 2012
Try out our members features!