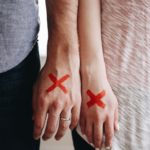 Divorce has been the subject of many a Hollywood movie, epic novel and heart-wrenching country ballad. Perhaps, this is not so surprising considering that divorce is rated only after “Death of a spouse” as the second most stressful life event (Holmes and Rahe, 1967). Divorce often represents a psychologically distressing period, requiring significant adjustment.

Whist in the UK, divorce rates have steadily declined over the past 10 years across all age groups, Sweden has seen a record increase in divorce in recent years. In 2013, there were over 25,100 divorces in Sweden, the highest figure for divorce since 1975.

However, the mechanisms underlying the association between alcohol-related problems and divorce are poorly understood. Possible explanations include:

The present study aimed to explore the nature of the association between divorce and AUD, using a longitudinal cohort design by examining; 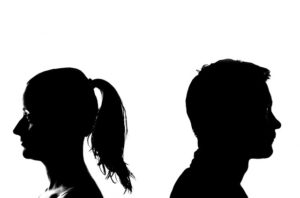 Unlike the UK, Sweden has seen a record increase in divorce in recent years.

Participants were Swedish nationals born between 1960-1990, married and living with their spouse in or after 1990, with no AUD diagnosis prior to marriage.

The risk for AUD in pairs of relatives was assessed by recruiting sibling and cousin pairs (born within 3 years of each other) and monozygotic twins.

AUD was identified from Swedish medical registries and the prescribed drug register for pharmacotherapies for AUDs. AUD was also identified using convictions for at least 2 alcohol-related crimes.

Divorce and widowhood were determined using data from the population register. Re-marriage was defined as first marriage registered after first registration of divorce or widowhood.

A Cox proportional hazards model was used to estimate the risk of AUD as a function of divorce or widowhood. Analyses were adjusted for year or birth, externalising behaviour, parental education and familial risk for AUD. AUD in spouse was also included to examine the association with divorce.

A co-relative design was used to examine the effect of divorce when adjusting for unmeasured familial confounding. Only pairs concordant for marriage and discordant for both divorce and AUD contributed to estimates.

Estimates from an Aalen’s Additive Regression Model were used to test whether a family history of AUD or a history of externalising behaviour prior to age 18 modified the impact of divorce on AUD risk. These analyses were adjusted for birth year and parental education.

The main cohort included 942,366 individuals, with the average age at marriage 30 years and AUD onset around 8-9 years later.

Divorce and subsequent risk for AUD

The temporal (timeframe) association in married individuals, between divorce and AUD diagnosis

Association between re-marriage after divorce and subsequence risk for AUD

Association between widowhood and risk for AUD 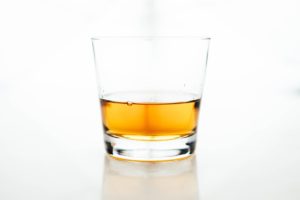 This research suggests that losing a spouse through divorce or bereavement is associated with a large enduring increased risk of alcohol use disorders.

The present study provides evidence for:

The findings from this study should be interpreted within the context of the following methodological limitations:

The results of this study contribute to our understanding of the association underling divorce and AUD. The findings suggest that the nature of the relationship between spousal loss through divorce or widowhood and increased risk for AUD may be both causal and non-causal.

These findings have implications for prevention and interventions for problem drinking in individuals approaching and going through divorce. For example, results of the study indicate that increased risk for onset of AUD began in the few years leading to divorce and increased in the year of the divorce. These findings suggest that early detection of risk for AUD may be possible in individuals expressing marital problems.

Similarly, the results of the study indicate that the association between increased risk for AUD and divorce was enduring and remained for several years following divorce. This suggests that any intervention aimed at addressing AUD during divorce may be required to extend beyond the divorce period itself.

Findings of the present study also indicate that divorce had a stronger association with risk for AUD if the spouse did not have a history of AUD. This is consistent with the notion that a non-AUD partner may be supportive in monitoring and helping control the drinking of an individual with AUD. Intervention programs may therefore benefit from exploring the inclusion of social support for individuals with AUD going through divorce or widowhood. 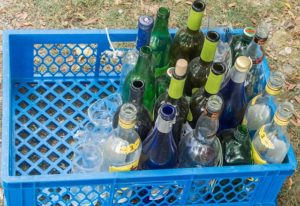 This evidence points to the enduring nature of the association between divorce and the increased risk of alcohol use disorder.

Kendler et al (2017) Divorce and the Onset of Alcohol Use Disorder: A Swedish Population-Based Longitudinal Cohort and Co-Relative Study http://ajp.psychiatryonline.org/doi/pdf/10.1176/appi.ajp.2016.16050589