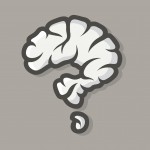 The notion of addiction as a ‘brain disease’ has been the dominant paradigm in psychiatry and neuroscience for the past few decades. The consensus is that long-term use of addictive drugs (including alcohol and tobacco) causes long-lasting changes to the structure and function of the brain. Once this metaphorical switch is flipped, people find it very difficult to control their drug use.

What is the brain disease model of addiction?

The ‘brain disease model’ cannot be traced back to a group of scientists or a collection of published articles. The term is a reference to a broad range of neuroscience theories of addiction that have been highly influential over the previous 30 years or so. These theories make the common claim that chronic drug use leads to changes in the structure and function of the brain, and these changes result in loss of control over drug use. It is very important to note that Hall and colleagues are not directing their critique at the scientists who have developed these theories. Instead, their focus is on the

popular simplification of (this work) that has had a major influence on popular discourse on addiction in scientific journals and the mainstream media.

If there is a specific target for their article, it is a 1997 opinion piece by former National Institute of Drug Abuse (NIDA) director Alan Leshner entitled “Addiction is a brain disease, and it matters” (Leshner, 1997). Leshner’s central arguments were that addiction is a chronic condition that should be managed like other chronic conditions (such as diabetes), and that reframing it as a brain disease would prompt neuroscience research that would generate novel treatments, and reduce stigmatisation of addicts.

The brain disease model has been very influential in setting the funding priorities of NIDA, which in 2014 devoted 41% of its funding to basic neuroscience, a further 17% to the development of novel pharmacotherapies based on this neuroscience, yet only 24% to epidemiology, health services and prevention research. 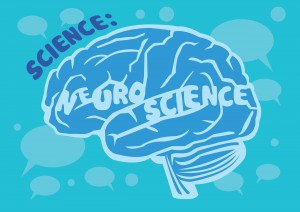 The popularity of the brain disease model has made basic neuroscience research a funding priority.

Is the brain disease model of addiction supported by evidence?

1. Laboratory animals can develop compulsive patterns of drug use, and this looks like addiction in humans. However, only some strains of animals, when housed in unnatural conditions (e.g. in isolation rather than in social colonies), will become ‘addicted’ in this way.

Well, perhaps addiction is an (almost) uniquely human disease, and it cannot be artificially induced in most other animal species? Also, we know that in humans, stressful life experiences in early life are a risk-factor for the development of addiction is later life. Isn’t the evidence from laboratory animals completely consistent with this?

2. It has been difficult to pinpoint the genetics of addiction, and this is not consistent with the idea that addiction is a brain disease that is partly heritable.

3. Human neuroimaging studies, in which the brains of people with addiction are compared with controls, have yielded findings that are, in essence, too good to be true. Another, often overlooked fact is that ‘addicted’ and healthy brains are more similar than they are different.

This is another valid criticism but again, it is one that applies across the board in psychiatry. Many neuroimaging studies have inadequate statistical power (Button, 2013), and a lot of findings cannot be replicated.

4. Addiction neurobiology has become more complex: initially we thought that the problem was in the reward system and related structures, but it now seems that a much broader network of brain networks is involved, including those implicated in emotion regulation and executive function.

Yes, the neurobiology of addiction is probably more complicated than we initially thought, and theories have been modified to accommodate this complexity. But isn’t that how science progresses? Also, this is another point that arguably applies throughout psychiatric neuroscience. 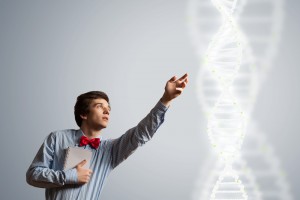 Has the brain disease model of addiction delivered?

Hall and colleagues go on to ask if any meaningful developments in treatment or drug policy have occurred as a result of the brain disease model. Specifically, they argue that:

5. Few new drugs or vaccines for addiction have been developed in the past 20 years, and those that have are arguably no more effective than older (and cheaper) medications such as methadone and nicotine replacement therapy.

They may have a point, and again this is a recurring theme throughout psychiatry. However, we can point to some novel pharmacotherapies, such as acamprosate for alcohol dependence (Walsh, 2014), that do seem to be effective.

6. Direct brain interventions, such as surgery and brain stimulation, might ultimately prove to be effective, but they are very expensive and therefore not available to the majority of addicts.

This is true, and indeed it is difficult to anticipate these types of interventions ever being sufficiently non-invasive or cheap to be widely used.

7. The brain disease model has prompted over investment in a reductionist search for a biological ‘cure’, at the expense of public health and population based interventions that have the potential to reduce or prevent harmful drug use in a larger number of people.

Here I do agree, and indeed it is clear that neuroscience receives the majority of addiction research funding (at least in the USA, and I suspect also in the UK). The authors cite high taxes and bans on tobacco advertising and smoking in public places as having a huge impact on tobacco smoking in countries in which they have been introduced. Other policy changes such as plain cigarette packs (Badenoch, 2013) and a minimum unit price for alcohol (Maynard, 2014) are likely to have a large impact on tobacco smoking and alcohol consumption in the general population.

But, is this a fair comparison? Why shouldn’t we take a public health approach to reduce or prevent drug use in a large chunk of the population, whilst continuing to fund neuroscience research that may ultimately help the minority of people who become addicted? In fairness, Hall and colleagues acknowledge the need for both approaches, but they question whether we have got the balance right. Also, to repeat an earlier point, their critique is directed at the ‘popular simplification of this work’, rather than at the people who actually do the research.

8. Finally, they link the brain disease model with prohibitionist policies on illicit drugs, the aim of which are to disrupt the manufacture and smuggling of illicit drugs in order to reduce their availability. The argument goes that, as addiction is a chronic relapsing brain disease, the best way to manage it is to reduce the availability of drugs.

I admit this did not make much sense to me, but reading the supporting reference (Courtwright, 2010) did (and it’s a good history lesson, so you might enjoy it too)! 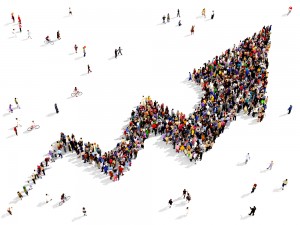 Has government funding focused too much on basic neuroscience research, at the expense of population-based interventions?

The paper by Hall et al should be seen in the context of broader dissatisfaction with reductionist approaches in psychiatry, because they neglect the social and cultural context in which psychiatric disorders exist (I recommend this recent article and particularly, the comments on it). I am sympathetic to this anti-reductionist view, so I was also sympathetic with the key arguments made in this paper.

However, I felt that the attack on the brain disease model was a bit of a straw man argument. You won’t find any neuroscience theories of addiction making the extravagant claims that are dismantled by Hall and colleagues. Even the 1997 Leshner paper went to great lengths to emphasise that the addiction brain disease had to be seen in the social and cultural context in which it occurred.

Perhaps it is premature to judge the treatment implications of the brain disease model. Ongoing crises about the replicability of brain imaging and genetic findings and the equivalence of novel versus older pharmacotherapies have had a big influence in the addiction field, as they have in psychiatry more broadly. It is also apparent that the brain mechanisms involved in addiction, and the genetic influence on these, is likely to be much more complicated than originally thought. So, it is important to continue to invest in neuroscience research so that we improve our understanding of how the brain works, and what goes wrong in the addicted brain. We may need to wait a little longer for this knowledge to translate into novel and cost-effective treatments. 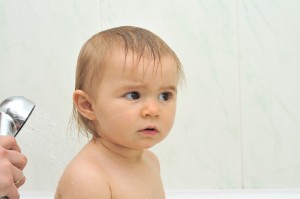 Badenoch D. (2013) Uptake of plain packaging was associated with reduced satisfaction from smoking and increased will to quit. The Lifestyle Elf, 25 Jul 2013.

Last reply was December 17, 2019
Try out our members features!