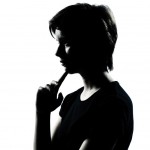 The NICE guideline on the longer-term care and treatment of self-harm was published in November 2011 and contains research published up until January 2011.

A group of experts including psychiatrists, psychologists and social workers has compiled an evidence update looking at the high quality research that has been published in the last two years (from 25 Jan 2011 – 24 Oct 2012). None of the key points impact on the existing NICE guidelines, but they’re worth reading nonetheless:

This work also flagged up two new treatment uncertainties that have been added to the UK DUETs database: