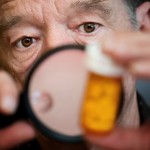 We know that many people who take antipsychotic drugs find it difficult to cope with the side effects of the medication and this often leads to them stopping their treatment.

This large Finish cohort study examines the risks of rehospitalisation and drug discontinuation in patients recently diagnosed with schizophrenia who have been prescribed antipsychotics.

The study drew on data from national databases of hospitalisation, mortality, antipsychotic prescriptions and computed hazard ratios. The researchers adjusted for the effects of sociodemographic and clinical variables, the temporal sequence of the antipsychotics used, and the choice of the initial antipsychotic for each patient. 2,588 people were included in the study.