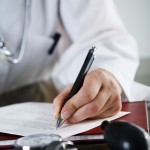 Inpatient psychiatric rehabilitation is needed for about 1% of people with severe mental illnesses such as schizophrenia. Patients are cared for within a rehabilitation centre, sometimes attached to a hospital. The aim is to help these patients recover so that they can be discharged into the community.

There is huge variation in the amount of time individuals need to spend within inpatient psychiatric rehabilitation and the reasons for this are poorly understood. Very few case-control studies exist that predict outcome following hospitalisation, and none have been published on inpatient rehab.

This small case-control study is therefore the best available evidence to help us answer the question: How can we best achieve discharge from inpatient psychiatric rehabilitation for people with severe and enduring mental illness?

They did not measure and correct for symptom severity, but they did match the cases and controls by ward environment and demographically the two groups were similar.

They found a number of issues that were significantly associated with non-discharge:

People who were admitted to rehabilitation early in their illness were more likely to have achieved discharge.

People admitted later in the study period required longer rehabilitation admissions and had higher rates of serious self harm and treatment resistant illness. They were also more likely to have had previous contact with forensic services. This change over time is likely to be due to the drive in Scotland to manage mentally disordered offenders in conditions of lower security. There is a growing need for secure longer-term in-patient rehabilitation, particularly for people previously treated in forensic services. Admission to rehabilitation earlier in a person’s illness may improve their outcome.