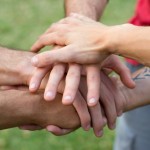 The British Association for Psychopharmacology regularly publish consensus guidelines on the pharmacological treatment of mental health conditions. In the last two years these publications have included guidance on insomnia (PDF), dementia (PDF) and bipolar disorder (PDF).

The latest guideline from the BAP is on the pharmacological treatment of schizophrenia and as usual it’s available in full-text via their website.

The recommendations cover the various stages of the illness, including first-episode, relapse prevention and illness that has proved refractory to standard treatment.

The guideline is primarily aimed at psychiatrists, but may also be of interest to general practitioners, other healthcare providers, patients and their families.

The topics covered are: